I guess the British tabloid press is tired of Brexit and Trump news and has decided to "treat" its eager readers with a glut of genuine, "unquestionable paranormal phenomena" today (15/01/17). Let's take a look at three bar-lowering examples.

Our first story comes from the Sun (and various other tabloids) courtesy of ghost hunter Caroline Mezoian of EVP paranormal. The image (below) taken in Bidford City Theatre, Maine, purportedly shows the ghost of actress Eva Gray who died at the location in 1904. 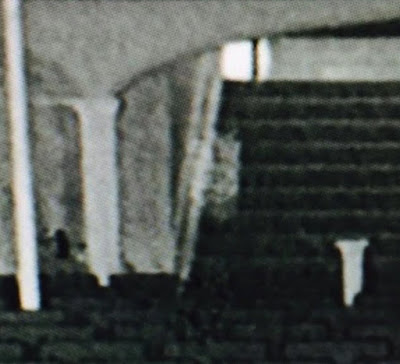 The image was taken with an infra-red camera, and immediately presents two questions: "Is that it?" and "Was Eva Gray only a foot or so tall?". as the body of the alleged phantom stretches only a few steps in height. The team's facebook page features many other images taken with Infra-red cameras showing similar blurs which are taken to be human-like forms or phantoms. The example to the right was allegedly taken on
the same night.

The Sun declares breathlessly and without hint of ambiguity "Infared images taken at the theatre last month show a ghostly white figure in an evening dress standing on the stairs appearing to walk out of the building." I guess that settles it then!

Whilst many commenters have accused the team of faking the image, I'm feeling slightly more charitable. I think the images they are getting here are a result of one of two things, either a failure to properly maintain their IR camera, or a failure to understand how the technology actually works. In the first case, it's possible that the images could be caused by smudges on the camera lens, a fingerprint for example or a smudge on the lens. Far more likely is a common failure to understand how the IR technology works.

It is intuitive to view images taken in the IR spectrum in the same way we view images in the visual spectrum. All we are talking about after all is a downward shift in the electromagnetic spectrum, but the whole reason IR cameras are popular in the paranormal field is because they will show things that aren't visible to the naked eye. Before we jump to the conclusion of something paranormal we have to eliminate more mundane things which can't be seen with the human eye. As IR cameras are presenting a picture made up by heat gradients, it's quite plausible that all we are seeing is an area that is slightly warmer than the surrounding environment. In a 2010 article for the Skeptical Inquirer, Ben Radford explains how mis-attribution due to a basic misunderstanding of this technology arises.

"Heat is of course far less transient than light; if we turn off a light switch in a closed room, the area goes dark almost instantly. But if we turn off a source of heat--including body heat--in an area or room, the heat may remain long after the source has been removed.... At an investigation I carried out last year for the TV show MysteryQuest, one of the ghost hunters used a forward looking infrared (FLIR) camera to detect a foot-long vertical warm spot on a pillar. No one in the room could explain what caused it; one person suggested it was a sign that a ghost had been watching us. In fact I had seen one of the ghost hunters leaning against the pillar a few minutes earlier, and the warm spot matched exactly the height and shape of the man's upper arm." Radford. 2010.

I think that's the explanation here frankly. As Caroline herself states in the article “’I didn’t really believe it at first, but when you look at the images how can you deny that’s not something?” I agree, but as often happens with paranormal investigation teams who closely emulate the methods seen on ghost hunting television shows, "something" can't be extrapolated to "something paranormal" without a much higher standard of evidence than these images present.

Which leads us into our second paranormal story, which shares some similarities and, I believe, can be explained in a similar way.

The Daily Mirror (15/01/17) reports on more images presented by a ghost hunting team, this time it's East Drive Paranormal. The team are presumably named in connection paranormal tourism location 30 East Drive in Pontefract, made infamous by various ghost hunting tv shows, most notably Most Haunted. You would be forgiven for suspecting that the named the team have selected indicates their inspiration in investigating the paranormal comes from such programming.

The Mirror tells us:


"The team were summoned to the Italian restaurant after scared staff reported seeing a glass flying off the bar. Jason (a psychic apparently) immediately sensed the spirit of a disgruntled man in his 50s, who had been disturbed by recent decorating work... "

The only evidence we're given of paranormal activity prior to the team's visit, barring anecdote of course, is a glass falling across the bar and shocking a member of staff and patron chatting at the other end of the bar. Of course, we see no surrounding events to suggest why this should be unusual in any way. Things stacked improperly or in a precarious equilibrium can easily be disturbed, and the glass skitters across the bar simply because it initially bounces a little.


So what about the teams actually footage? Go and watch the video if you like, but I'm going to provide a couple of screen caps that show East Drive Paranormal really don't have a clue about the equipment they're using and conducting an investigation in general.

Image 1: So here we see vaguely human shapes formed on the infrared camera. Could it be a ghost, or is there a more obvious explanation. 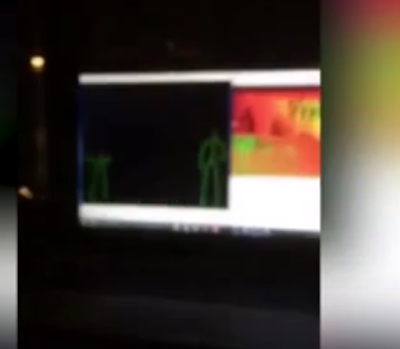 Image 2: Our camera operator whips around presumably to see if he can capture the image of whatever the thermal camera is picking up. In doing so he reveals that the area being recorded isn't isolated in any way shape or form! In all likelyhood, the thermal images are a result of the body heat of the other occupants of the room. As Ben out lies above, the body heat remains after the team members move on. 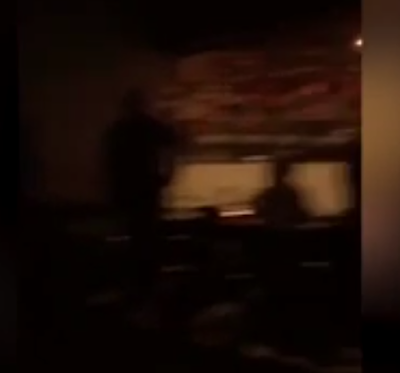 Image 3 and 4: As if to compound this massive cock up, we are shown an image of at least two people walking through the exact area where the thermal images were! In fact, there are so many people walking about I have to question if the restaurant is even closed! It's busier than in the footage we see whilst it's open for business. 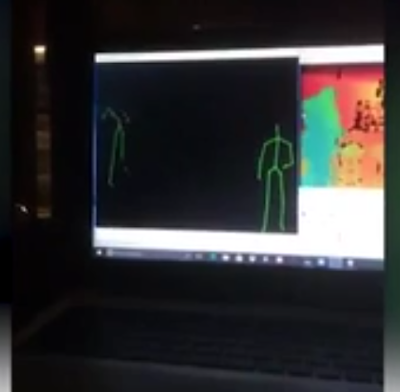 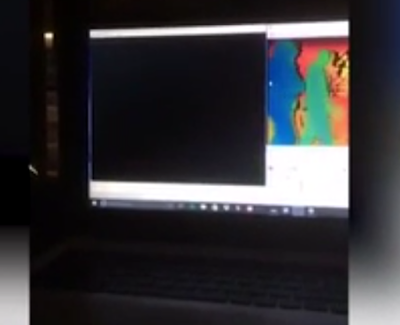 I'd say "It doesn't get much more inept than this." but someone at the Daily Star would likely consider that something of a challenge. In fact, given this story they published today (15/01/17), they already have. In the story, reporter Jesse Bell tells us of a heated Reddit debate in which users debate whether the image on the right below represents an elf or a dwarf.... 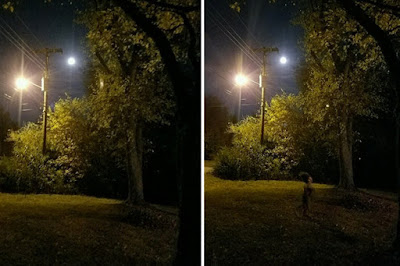 "One user said: “I’m picturing the black part as being the back of the head, kind of sloped upwards and maybe wearing a little hat.... Honestly the only thing I can see it as is a little elf.”.. Another wrote: “I’ve heard about dwarfs a bit growing up."...“They are on the paranormal spectrum and judging by the size and stature that's what I might take this to be.”..."

I suppose this should be funny, but it's not really. It's just awful and sad. I know not dealing with this critically makes me a bad skeptic, but.... 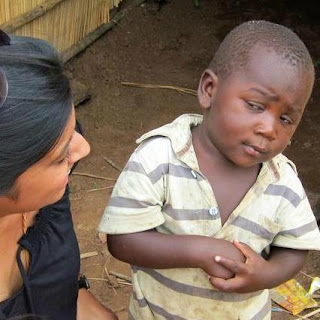 So what have we learned from today's tabloid paranormal output? Some paranormal teams are inept, as are some journalists, and the Daily Star really doesn't give a flying pig what they publish.

By Rob Lea
http://skepticsboot.blogspot.co.uk
Posted by JD at 10:00