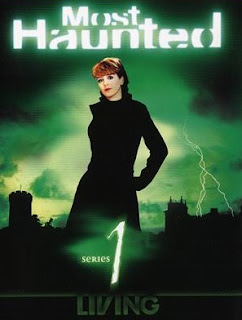 Welcome to 2018, and despite all the "New Year New Me" bullshit, I am back reviewing a TV show that aired 15 and a half years ago! So perhaps you could say "Same Old Same Shit", but with a nice polish, anything can be made shiny again. And so that brings us to Most Haunted, this time at the Theatre Royal, on Drury Lane.

Hang on there is something sniffing at my feet, oh it is Watson, the Most Haunted Bulldog. He has something in his mouth, bizarrely it is some kind of book, let me check the title. Here is a photo. 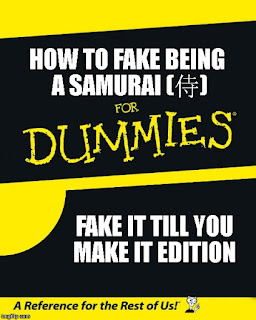 What a bizarre book for Watson to have in his mouth, I wonder where he possibly could have gotten that from? (yes I did this joke before, shut ya face)

Anyway just inside the front cover is a hand written note, and in an amazing coincidence it is the blurb for this weeks Most Haunted episode!

"The Theatre Royal in Covent Garden is the oldest theatre site still in use in London and reputed to be the most haunted theatre in the world. Will the Most Haunted team encounter the theatre's most famous ghost - the Man In Grey?"

Like seriously folks, you do realise that Karl Beattie legit once pretended to be the last real Samurai of Japan, he went on TV shows and did newspaper magazines. It was pretty much instantly exposed as a big scam, but come on, you have to have some balls to make such a ridiculous lie and then use your wife's name, and a big film release as a way to get booked onto TV shows to talk about it.

Anyway onto the show since that is what you are all here for.

Once again I am watching the "Unseen" version of this episode which was released via DVD back in the day, I cant find the original TV airing, but there wont be much difference as far as I know. 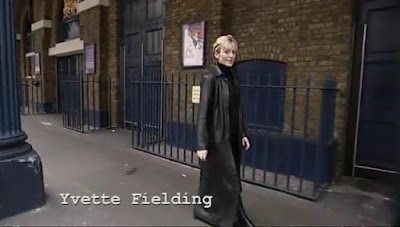 Yvette seems to have dropped a mop on her head again, but the all in black look does suit her, in totally unrelated news 2002 was a big year for WWE character The Undertaker. Mainly because he had changed his gimmick to be known as the American Badass. Word from the internet nerds is that he lost his long black leather coat, so was forced to change up his look. 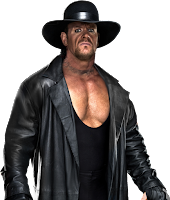 Yvette is walking along the street and hoping that the ghosts will put on a big performance for them. So Yvette in a long black leather coat is talking about the dead. Hmmmm. I am not saying that Yvette Fielding copied her whole gimmick from a TV wrestling character, but come on this is pretty blatant. 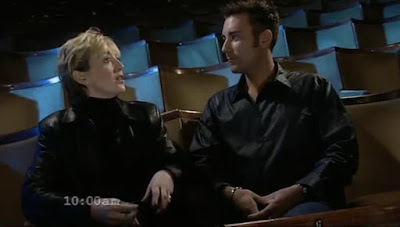 Yvette has found Jason Karl who is sat in the theatre, he has had his eye brows done, and that is all I can now think of, no idea what he is saying, those brows are such a distraction.

As a professionally trained actress, Yvette Fielding must feel quite at home in the theatre. Such a shame that her acting career never took off. 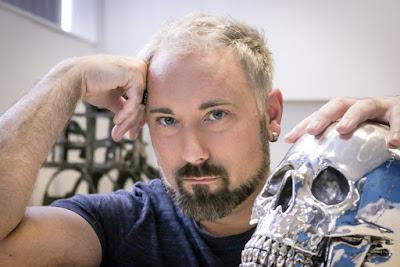 This is the most recent photo of Jason Karl I can find. Face full of botox, and still holding on to anything vaguely paranormal to keep his career going. 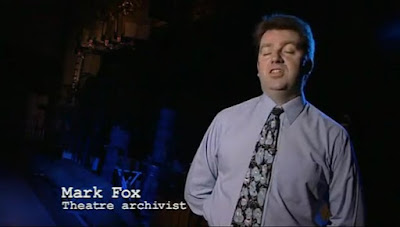 We get a little bit of history from Mark Fox who informs us that....
"The man in grey was a chap"

With insights like this I am not sure why this man isn't a household name.

As we take a look around the theatre, it really is a beautiful place, full of history. Obviously not haunted, that would be silly, but still a wonderful building.

Derek Acorah has arrived, and as usual we are told he has no idea where he was coming to.

And then my favourite scene of any early MH episode, everyone is sat around a table, having fun and chatting about the location. 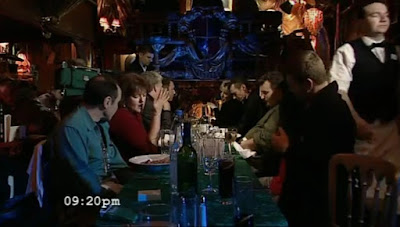 Plenty of time for Derek to glean lots of information about the place, read plaques on walls, look at names on paintings and generally do research. 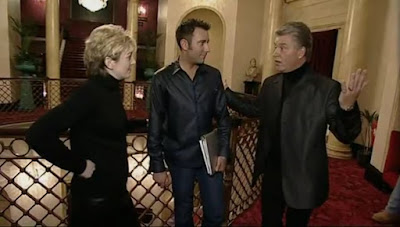 They start and straight away Derek Acorah says he is picking up "absolutely zilch"
Huh? What? Derek did you forget to read the script this week? Come on, if you pick up nothing, then you are not needed. Just pretend, go on, no one will know. Grey lady, hooded man, anything like that will do.

They enter into the main theatre part, and YES! Derek has got himself a ghost, this ghost walks up and down the stairs, he is a troubled soul.

Derek creates a nice sounding character for this ghost, who stabbed people.
Derek gets a little bit possessed and gives us his first name of the day, and incredibly it is spot on as the on screen graphic tells us. 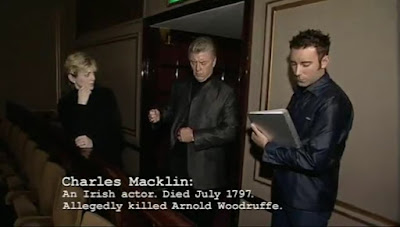 Slightly disappointed that Derek didn't put on an Irish accent here.
He also gets the second name Arnold. 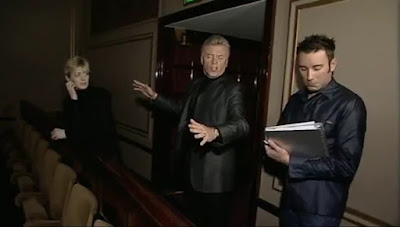 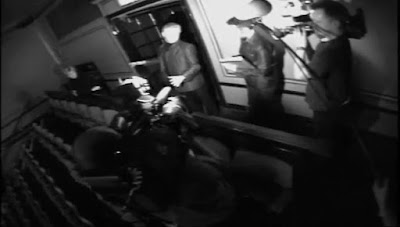 This shot with the cameramen, the lighting and so on, really puts the whole thing into perspective, and shows how ridiculous it is that people could think any of this was real.

A grown man is pretending to be possessed by a dead spirit, while being interviewed by a professionally trained actress and a fake psychologist, while being filmed by at least 3 people, a husband, a cousin and a brother of the main host, and they want us to believe this is all real.

As Derek is being possessed, he talks about someone being jealous of his acting. Not sure who. Maybe Jason Karl.

Some incredible acting here, Derek finishes off by panting and going a bit weird until Karl steps in, holds him and tells him to come forward. Hilarious.

As all this is going on Jason Karl has a constant incredulous look on his face.
Literally the only skeptical person on the whole crew.

After being calmed down, they are back on it. Derek can see a ghost in the distance in one of the boxes in the theatre. The camera zooms in and can see nothing, making this whole scene completely pointless.

Derek gets Yvette to walk to the side where he claims there is a ghost. Yvette walks there and gets all excited as she can feel a draft up her skirt. (a few cobwebs get blown out) Jason walks in the same area and with a stony face declares he can feel nothing, much to Yvette's disappointment. The cameraman joins in and says he can feel a draft.

I was messing about in my garage the other day, and I felt a draft, clearly my garage is haunted too.

One of the big misconceptions about Storm Eleanor is that it is some kind of climate change effect, truth is it is just a million spirits just moving in the same direction. 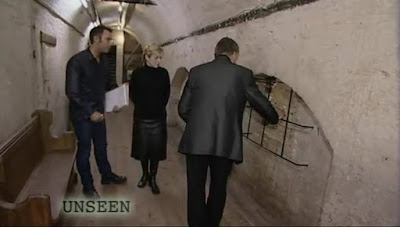 Derek has found Arnold, and is claiming that Arnold's bones are behind this wall.

Filters have been turned on, groups created and the night time investigation has now begun.

Yvette and her group all claim to have seen a ghost with chains, of course nothing is caught on camera.

Now despite them not filming this, I suspect here that they did indeed see a real person, who upon realising they were disturbing the filming, legged it.

We now get a good 5-10 minutes of various people walking about in the dark, getting scared over nothing. Claiming they have seen things, but as always it is OFF CAMERA.

Rick Fielding has started feeling funny, something he seems to do every episode. 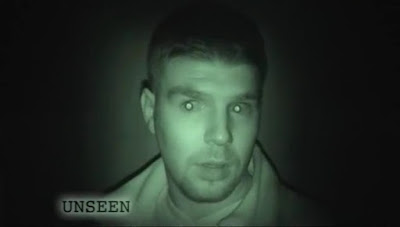 I wonder if at this point in his career he was thinking of a move into pretending he was psychic?

Then they catch their first orb!
Yvette on voice over states very strongly that an orb is the first stage of spirit manifestation. Remember in the first episode when Yvette said she would let people at home decide what was real or not? Well now she is catagorically stating something as if it is a fact.

The orb was just a piece of out of focus fluff close to the lens, that is it.

We then get a ridiculous segment whereby a seat in the theatre that was up is now down. The inference being that a ghost is sat on it. 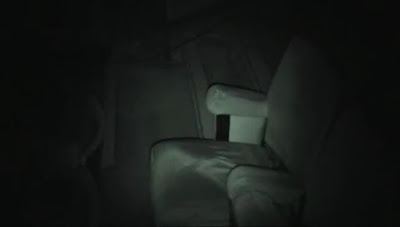 Suspiciously Stuart and Karl are both involved in this whole scene, little did we know back then that those two would go on to be the cause of 99% of faked paranormal activity on the show. 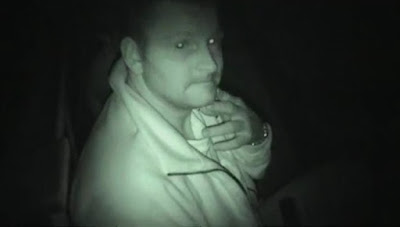 I hear that deep feelings of guilt can make all your hair fall out!

With the investigation over, we have just two piece of "evidence" to analyse, the orb and the seat coming down. Both easily explained. 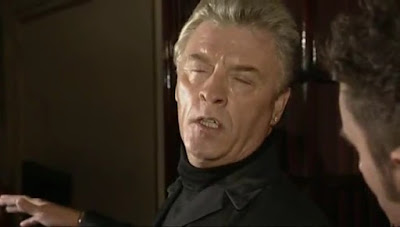 Take Derek's over the top acting out of this episode, and nothing happened, it was a really poor episode.

With the early seasons of Most Haunted you start to realise how much Derek saved the episodes from being utter crap. And you can also understand how after Most Haunted moved to REALLY and them not being allowed to use Psychics, that they have to fill the episode with more fakery to give the viewer something to actually talk about.

Derek Acorah saved this episode, without him it is nothing.
So I will give the episode a 5/10 (2/10 without Derek's bits)


If you enjoyed this review and would like me to continue to review the old episodes let me know in the comments. If you don't then I wont.