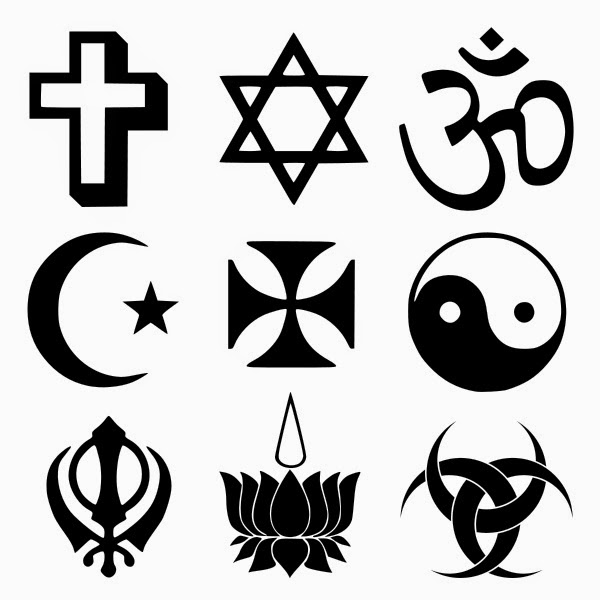 Christians: How old was Mary when The Holy Spirit raped her?

Muslims: You avoid women when they are on their period, according to the Koran how long after the blood has stopped flowing are you allowed to rape them?

Jews: How many babies have died after a Rabbi has mutilated the baby's penis, and then sucked up the blood and given a baby herpes?

Creationists: Did Ham (Son of Noah) sodomize his father or rape his mother in Lev. 20:17

Sikhs: erm.. Keep up the good work????? (Seriously, in theory your religion seems great, but please let your women shave their legs!)

Hindus: Seriously your caste system sucks, this is the 21st century, you wanna talk about who is better than who, well when my ancestors were creating democracy your ancestors were still living in trees! Oh and Gandhi, vile pedophile racist! Kept that quiet didn't you?

Buddhism: Wow you have great PR, everyone loves you! Well everyone except women, do you think it is time to start treating women as equals, or do you just want to use them as slaves?

Pagans: Whats on the agenda today? Human sacrifice or beastiality?

Spiritualists: Your religion was born out of fraud (Fox Sisters), it has been riddled with fraud ever since, you claim to be a religion that provides proof, yet has failed to do just that in over 100 years of scientific study, do you think it is time to stop believing in utter bullshit?


Ok I think that is all of the main religions, if you want to know what to ask a religious person from a religion not mentioned here let me know.