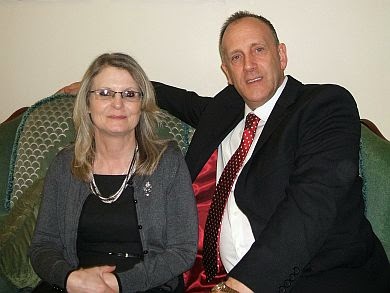 So in recent months it seems a day doesn't go by without a naughty psychic getting caught committing fraud of some sort or another, their fans usually make up excuses, but these two pretend clairvoyants conned nearly quarter of a million quid out of the tax payer! Still think they are the kind of people you want a reading from?

The interesting thing is that they were in charge of the SNU West Midlands training scheme for mediums.

Just what the SNU love, two fraudsters teaching their mediums how to "talk to the dead"

Anyway Timothy Abbott, aged 53, and his 46-year-old wife Janette claimed thousands of pounds (£230,000) in disability, council tax and housing benefit payments, saying they could hardly walk.
But they got caught out by those lovely people Department of Work and Pensions investigators, as you can see from the video below!

Timothy Abbot also admitted to have failing to have paid £10,000 worth of income tax or national insurance contributions from his earnings as someone who pretends to talk to the dead! 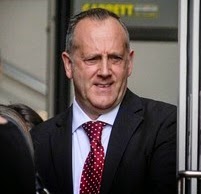 Timothy Abbott outside of court

They have been bailed by the courts and will have to return for sentencing on August 1st.

I'm guessing the pathetic UK Legal system will slap their wrists, cut off their benefits, and order them to pay back money slowly, and that money will end up coming from victims of their psychic/medium act! Lets just hope the judge realises this, and throws the book at them, locks them up and throws them in prison.

Anyway as you can imagine the Spiritualists national union (SNU) dont want the public to know that two of their best tutors have been done by the DWP, which is why I am publishing this story today, I know how much the SNU love me, and this site.

Janette Abbott with her walking sticks that she really doesn't need!

Tim Abbott advertises himself as an "international spiritualist clairvoyant medium and tutor."
Yet he never saw this coming did he! Sorry I had to get it in there!

And before I go, remember, they were tutors at the SNU Arthur Findlay college, the SNU have now removed them from all their websites and at the moment they are no longer teaching there. Even the SNU didn't see it coming! Some psychics they are.

So if you have found this article because you googled the names Timothy Abbott and Janette Abbott, and you are thinking of paying for a reading from these two, just remember they are CONVICTED frauds, they have STOLEN money from you the taxpayer. The SNU employed them, yet not a single psychic/medium at the SNU could see they were frauds! 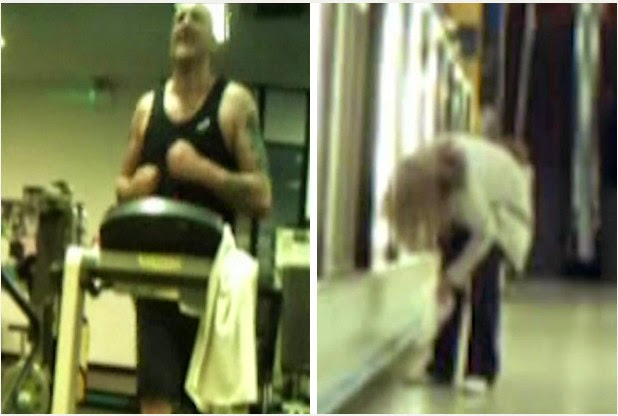 
The psychics and prophets who say to know the future make massive claims, yet only count the hits, and this is also effected by a bias in interpretation of predictions to make them fit the actual events that take place. So simply very general ideas and/or so many predictions that a few will hit to some degree or can be made to seem to fit somewhat.Psychic predictions for 2014http://www.psychicworld.net/2014-a-ps...psychic predictions for 2013http://www.mediumthomas.com/en/blog/4...a prophecy websitehttp://www.alamongordo.com/the_federa...an end-time prophecy websitehttp://endtimeprophecy2012-2013.blogs...a fortune telling websitehttp://www.psychicfuture.com/horoscope
Posted by JD at 14:14 No comments: