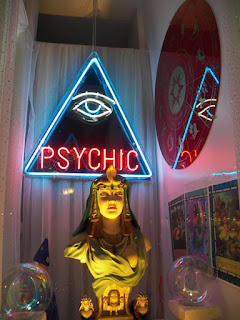 Psychics/Mediums are known as the intermediaries between the ordinary man and the supernatural. Due to their apparent ability to interact with those in the "afterlife" and their access to supernatural powers, many would have thought that psychics would by now be barred from partaking in the lottery or playing casino games owing to the fact that they would be matching the right combinations all the time but alas, that’s not the case. Even when given the room to partake in the lottery, psychics regardless of their supposed supernatural ability, tend to perform terribly like the rest of us. This simple fact, therefore, makes us doubt them and ultimately leads us to end up calling them frauds.

In this article, we are going to share with you the ‘tools of the trade’ used by fraudulent psychics. While there are a majority of fraudulent psychics out there, it's important to also know that there are psychics who genuinely believe they have the abilities they claim, so although they are fake, they are not necessarily frauds in the literal sense. Think you have psychic powers, why not prove it here on their website?

The Forer Effect
Fraudulent psychics are experts when it comes to using the Forer effect. The Forer effect is a technique used by psychics which will make you feel and think that what’s being said is targeted to you only. In doing this, a psychic will make some claims, these claims will feel like they apply to you only, but this is not the case. Rather, the claims are just general claims which may apply to anybody more so to a particular age group or sex. For instance, the psychic may say at times, social anxiety has been a problem area for you. For most people, this is actually true so it's not a targeted but just a general claim.

Reading Subtle Reactions
Many psychics though fraudulent have managed to hoodwink many people into thinking that they are genuine by simply becoming masters at reading subtle reactions. Fraudulent psychics often speak slowly or very fast. Speaking slowly or fast has nothing to do with communication being relayed to the psychic by a supernatural power but it's all a trick to read subtle reactions. Psychics who speak slowly will be reading one’s reaction after every word they utter. When they see certain reactions, they know whether they have hit a right spot or not. If they hit the right spot, they continue but if not, they backtrack and blame the supernatural powers for not communicating clearly. Psychics who speak fast bank on the fact that if they speak as many ‘claims’ as possible, either one or more will resonate with their audience.

Observant with Minor Clues
Fraudulent psychics are also very observant especially with the stuff that people do not consider serious or important. Psychics have mastered spotting and reading clues. Clothing and how one dress can tell a psychic if someone is married or not. Behaviour also says a lot about a person. Speech patterns also tell one’s story. A marriage or engagement ring also does tell a lot about a person. A psychic that has been in ‘business’ for a long time, therefore, can use these minor clues to tell the audience what they want to hear.

The point of all of this is to consider what is really going on. Is someone really communicating with the dead, seeing the future, or past. Or are they trying to manipulate you, telling you what they think you want to here.

My advice is to save your money and never go to a psychic, but if you still decide to go, make sure you record everything, That way after the event you can go back and listen, count how many questions they ask you, see what you gave away compared to what you thought the psychic told you.

It might take you a while to see the tricks, but when you do, it becomes a whole lot easier in the future to see them again.

And remember, no psychic has ever beat the odds, won the lottery, or put a casino out of business.