Jon On The BBC

A while back someone contacted me from the BBC, they told me they were making a documentary on Gary Mannion and wanted my help.

Why did they ask me I hear you ask? Well not only do I run the UKs most popular sceptical website in BadPsychics, I also happen to have a website dedicated to Gary Mannion, that site being www.badpsychicsgarymannion.co.uk, we started that site in the latter half of 2007 as we realised that this young man was about to start a journey that would propel him into infamy, and we wanted to make sure we exposed him every step of the way.

Now over a year later, and Mannion finds himself the subject of a documentary about him and his claims, I admit I wish that this documentary was not being made, but I also admit I am not surprised.

Over the past year Mannion has conned many many people, and I can only hope that this latest project will blow up in his face.

We have to trust the program makers to do the right thing, ok so history tells us they will fuck it up as usual, and we will end up with Mannion sticking an "as seen on BBC" logo on his website, but you never know.

Anyway last night at the monthly Skeptics in the Pub meeting in Leicester, I met with the program maker and was filmed giving my opinions on Mannion as well as psychics in general.

I was filmed for over 20 minutes, however I expect my on screen time in the final documentary will be very brief, either way I hope they show the best of me, especially when you think of how much material and help I have given them with the documentary.

The show is due to air on BBC 3, 26th February 2009.
Here is the official BBC synopsis for the show.

"In Young, Psychic And Possessed, film-maker Emeka Onono follows Gary as he tries to prove that he really does have the power to heal.

It's a journey that is likely to confound sceptics and true believers.

Emeka hears stories of miracle cures, takes part in seances and even speaks to "Abraham", before turning to science and psychiatry to try to separate fact from fiction. "

Alex Pidoux, a random person from Bristol has decided to start an investigation into one of my sites www.badpsychicsgarymannion.co.uk to be precise.

This site was created in the latter part of 2007 after I read about a so called psychic surgeon who had just come onto the scene.

No more than a teenager, we could see that from an early age Gary Mannion was positioning himself as the next big thing. Learning from the mistakes of people like Stephen Turoff and the Filipino psychic surgeons, Gary Mannions gimmick was that he performed psychic surgery but did not physically enter the body, instead it was done spiritually through his guide Abraham (the one from the Bible no less!)

By performing this type of psychic surgery it made it harder for people to debunk as he wasn't using the old chicken guts and fake blood sleight of hand tricks.

Anyway over one year later and unfortunately Gary Mannion is still going strong, although we do have a comprehensive analysis of almost everything he has done, and are ranked very high up in google, so high up that anyone searching for Gary Mannion will see our site second in the results, just below Mannions own site.

Latest news is that the BBC and Emeka Onono are filming a documentary on Mannion, how this documentary will turn out I have no idea, due for broadcast at the end of February 09, it could go one of two ways, it could be a piece of serious journalism showing Mannion for the fraud he is, or it could be a piece of viewer pleasing nonsense full of anecdotes, either way I have done everything I can to help and show Emeka the truth about Mannion, so anything less than a serious piece of journalism and we will all know who to blame, and who to report to the BBC Trust.

Anyway back to Alex Pidoux, here is what he had to say on our Gary Mannion website.

"I am starting an investigation into this website and I intend to expose the real reason you are trying to stop Gary Mannion with such determination. When people like Gary or any of the others you don't know about prove what they do once and for all you will look very silly! I wonder what impact it will have on the drugs industry, science, religion and politics as we know it? Could this be be the real reason for your witch hunt against Gary mannion?"

His "investigation" and I use that word very lightly started back in November, as of yet we have heard nothing, I am looking forward with great excitement as to what his investigation will uncover.

More likely he will never post again, disappear into obscurity and we will continue doing what we do best, that being exposing the frauds and finding out the truth.
Posted by JD at 15:56 No comments: 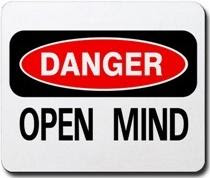