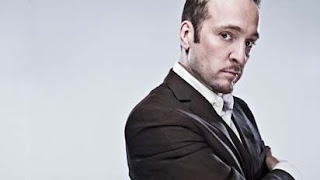 The one-off Easter Monday documentary special sees Derren go undercover to investigate the reality behind the faith healing phenomenon, in America, and the belief in faith-inspiring miraculous recoveries.

With the cameras in hot pursuit, Derren undergoes his toughest project yet, going in search of an unsuspecting member of the British public prepared to adopt the guise of a Pastor and miracle worker. His chosen one is then tasked with six months in which to learn the trade and flourish across the pond as a convincing Pastor.

The final phase of the volunteer's extraordinary challenge will see them attempt to perform faith healing miracles live in Texas - will Derren's new recruit be accepted as a faith healer or cast away as fake healer? Is the belief in divine intervention really justified or will Derren expose the industry as one giant hoax?

On his first TV pursuit into faith healing, Derren says 'You are about to see a world where greed and deceit raise their ugly heads, where lives have been needlessly lost and where hope, the most precious gift of all is pedalled at a price'.