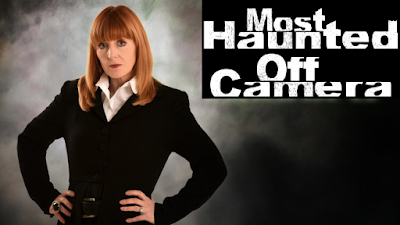 It's that time of the week you all look forward to, no it is not your colonoscopy, or your smear test (both of which you should definitely have done if needed) no it is nothing as pleasant as either of those things, it is time for Most Haunted, and mores specifically my punishment due to crimes committed in a previous life, my review/recap of Most Haunted.

Before I start you may notice on Twitter (@TheBadPsych) I often moan about the fact that people like Karl Beattie, or his little Hauntie minnions like to brag that the show is "Trending" and I go to really small lengths to prove them wrong. And show how they are confusing UK Trends with "Trends for you". People seem to think that I do not want to admit the show is Trending, or that I am lying and so on. Well you may notice that I also use the #MostHaunted hashtag, so I am literally helping them trend. If Most Haunted does trend then that means more people will see my tweet, and read my review. I benefit, if the show really does trend. So there really is no reason for me to lie. I just want people to be honest.

The ONLY legitimate place to see if a show is trending is on Twitter itself, and specifically in the "Trending in the UK" place. Anything else is not a true Trend, but instead just things people associated with you are talking about. Learn the difference people.

Talking about imbeciles, here is the blurb for this weeks show.
"The team visits Antwerp Mansion in Manchester and are soon surrounded by unexplained activity - with at least two members of the crew pushed to their limits." 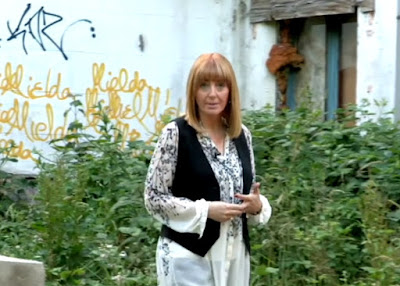 Let me start off by saying what a thoroughly nice blouse Old Yvette is wearing here. Makes a change from her Arsene Wenger coat she usually wears.

This week is a rare one off episode that is not a two or three parter.
They are at Antwerp Mansion, a place that has been a nightclub, a snooker hall, and best of all a "Gentlemen's Club"

As Old Yvette starts her first piece to camera, I notice a lot of cabling around the property, in the property, on the walls and so on. So instantly you know that any K2 Meters will be completely useless.

No sign of Watson so far which is a shame, Glen has appeared and already he has decided the place is not haunted, and he would be correct.

Yvette is already hearing tapping and banging, in this large empty building. It must be ghosts and not rats, mice, cats or other more likely living creatures. 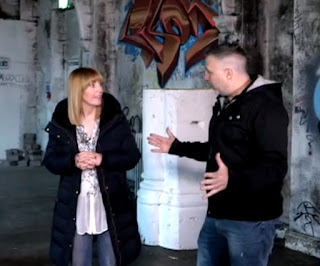 Sadly Yvette has put her Managers coat on, and asks Glen how big his expectations are for this evening, he misunderstands, and blatantly exaggerates.

The walk-around is over and the investigation begins. And the first thing we notice is that there is no New Yvette! And instead we are stuck with Fred. I guess that means I don't have to refer to Yvette as "Old" any more. How sad. I quite liked New Yvette (Mary Beattie).

They hear a noise and run to investigate. They find nothing, and you hear quietly in the background someone say "they have security cameras here"

Yvette then reveals she is not worried about the ghosts and thinks it sounds like a real person!
So I wonder if this was an unexpected noise. Most likely an animal, but maybe a naughty human who knew they were filming. Remember Antwerp Mansion is in a busy built up area.

There is then a really weird sound, and it is revealed to be a mechanical noise coming from a security camera which the owners had told them do not work. (A likely story). So you now know nothing will happen anywhere, where the security cameras are. 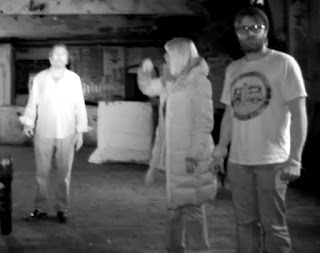 Yvette in her big coat while other cast members in T-Shirts and thing cotton shirts.

They are still hearing noises, but clearly they could be anything since we now know various equipment is on. And they are also in a built up area, with traffic outside, other houses and so on.

Since Fred is in this episode, I am guessing this was either filmed before he and Karl had fallen out or after they had made up. 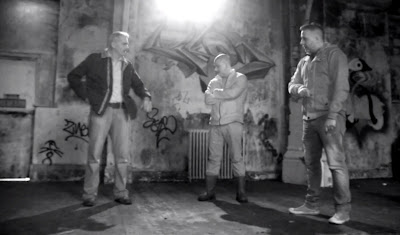 Karl, Stuart and Glen have a competition to see how can perform the Power Stand the best. Stuart wins, but that is mainly due to him wearing Wellies, despite being in doors.

And without even realising 19 minutes out of 45 have passed, so we are already nearly half way through the episode.

They play a replay of what they claim is a child humming, but it could be anything, it could be a crew member humming, the noise of a cat, anything.

Yvette is talking to the ghosts but not a great deal is happening other than the odd footstep.

Glen and Yvette has gone down to the cellar... ALONE.

Fred and Beardy are in another part of the basement. They are hearing noises which could easily be a cat meowing.

Karl is with Stuart, in another area. As expected there is a noise as something has been thrown OFF CAMERA. 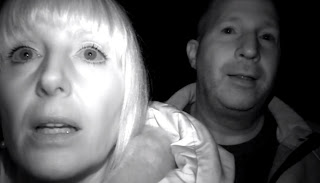 Glen is very close behind Yvette with a filthy smirk on his face.

We cut to Stuart and Karl, and there is something dodgy going on here with the filming, I can't put my finger on what, but it doesn't seem to affect anything that happens, so I assume it was just a dodgy edit to match things up.

Yvette has found some balls on the floor left by other ghost hunters, so clearly this is a location that makes money from gullible idiots who sell ghost tours to even more gullible idiots. 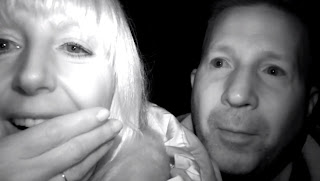 They hear a hum, and Glen replicates it by getting very very close to Yvette, I can not say whether his jeans were up or down at this point as it is off camera.

Glen pulls up his trousers, and checks the laptop for EVPs.

Karl and Stuart are still hearing noises and things being thrown OFF CAMERA. 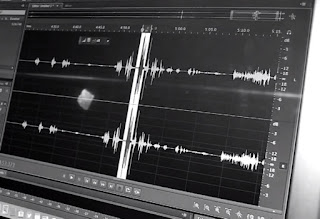 Glen has checked the laptop and it hasn't picked anything of interest up. So that was a waste of time.

Ok they go to Stuart and Karl and there is a blatant bit of fuckery going on here with the sound.
Stuart saying "It's either behind us or above us" has clearly been added in post production, as it is not on the same level as the rest of the audio, then as soon as he says it something is thrown OFF CAMERA.

My guess here is that as Stuart was throwing something, either he didn't deliver his line, or it sounded poor due to the action of throwing something hard enough to break, so they got him to rerecord it after.

There is another noise OFF CAMERA. Stuart shouts, and then Karl is strangely silent, another dodgy audio edit there. 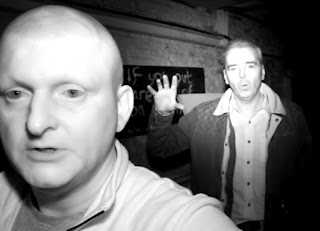 The problem they have is that they are in a relatively small place, so as they try to fake things, throw things etc there isn't much room to do so, and you need to be careful NOT to catch it on camera, which is making all their shenanigans come off poorly.

"It was almost something in the future" - Stuart Torevill.

Yes Stuart is alluding to ghosts making noises in the future that they are hearing in the present. 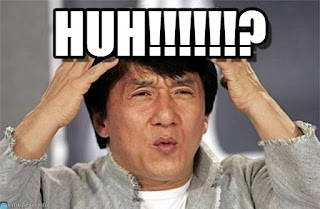 Here is a photo of Yvette for all you young teenage boys reading this. 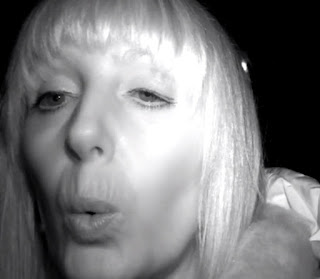 You can have that for free!

Glen asks the ghosts to thrown a coin, and then we cut to Beardy and Fred, and suddenly coins are dropped OFF CAMERA. I assume by the cameraman who I have no idea who that is.

We get a few more bangs, steps and taps and so on, but nothing of note.

And with that the episode ends.
And what a boring investigation it was.
Nothing happened on camera. We only really got a few coins dropped by the cameraman and Stuart throwing something against a wall OFF CAMERA.

No Watson, No New Yvette. Just a very lazy episode which I imagine they filmed in about 2 hours or less. Small crew too which means more cost cutting.

I cant really give this episode even 1 point, nothing happened, and very little effort was put into faking stuff. I wonder if they were a bit worried about those security cameras which were supposed to be turned off as the only time anything did happen was in the basement where there are no security cameras.

Just send any voucher to webmaster@badpsychics.co.uk

Tweet me on @JonDonnisShow and send your abuse to @TheBadPsych