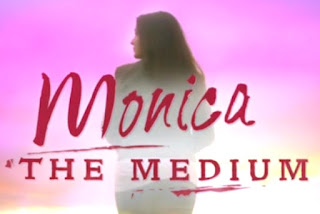 Monica the Medium is an American reality television series about Monica Ten-Kate, a student at Pennsylvania State University who is also a medium.

Ok so this is a "reality" show, but with clearly edited and staged events, think The Only Way is Essex but with a manipulative girl called Monica Ten-Kate using everything she has learned from watching fake mediums like John Edward, James Van Praagh and Syvlia Brown to put together her little mediumship gig.

No idea how she has got her own TV show, and I had never heard of her before this show.

This show is pretty much Monica trying to live a normal life and get a boyfriend, but constantly ruining it by giving readings in the middle of various social situations.

In doing some research on Monica Ten-Kate I found this lovely piece. Please go read it quick and then come back here. Link = http://onwardstate.com/2015/04/08/psychic-mediums-like-monica-ten-kate-are-lying-frauds-a-retraction/

Nice to see people are already calling her out on being a fraud.

Anyway as I watch the show, despite this being a reality show, it is very clear that she is using various known techniques when giving her readings, reminds me of John Edward and his shotgun techniques. Also what is quite clear is the heavy editing this show has.

I am curious as to who trained Monica, as everything about her act screams fake, from her verbiage, to her body language and so on, it seems very trained and not at all natural or self delusional. She is very definitely using cold reading.

ABC Family who have commissioned this pile of crap need to take responsibility for giving Monica a platform to build her career. Surely the execs at ABC realise that Monica is not the real deal, the fact she asks so many questions, and controls the readings, not to mention they are editing out all the misses, and keeping all the hits.

The show pretty much goes along the lines of many reality shows, following someone's life, staging events to get a reaction, but with the twist that the star of the show is a fake psychic. It is a shame that stations like ABC are so desperate of TV that will appeal to a certain demographic that they have to trot out rubbish like this.

So save yourself the trouble, each episode is pretty much Monica leading a normal life, then gets contacted by a spirit, then she gives a reading to some poor idiot, reduces them to tears, all the stooges then applaud her. But she is then rejected by a boy cause she is a freak, and the show ends. 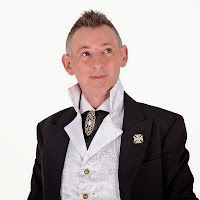 News has come in this morning that Colin Fry finally lost his battle against Lung Cancer.

Let me firstly say I offer my condolences to his family and close friends.

Colin passed away peacefully in Hospital in the early hours at 2:50am on the 25th August 2015

I pleaded with Colin to help take down the psychic industry, the SNU and so on before he died, but he refused. For him even after death, there was too much for him to lose if he came clean, and that is sad, but I can understand that, he has to try to protect Mikey, just imagine the lawsuits that would come about from the thousands of people who Colin took money from to pretend to talk to their dead relatives. It would leave Colin's estate in ruins. So although I would have preferred he die a hero, I can understand that dying a villain was the easier option.

Colin Fry never quite reached the pinnacle of British Mediumship, he was always overshadowed by Derek Acorah, and then both were overshadowed by Sally Morgan. Colin Fry also never really got past the fact he started his career after getting caught cheating by his own peers in the now infamous Trumpet Incident.

So what is the legacy that Colin leaves behind?

He convinced thousands he was legit, but never once proved his claims in a credible scientific study.
His legacy is as empty as the promises he made.

I always got on quite well with Colin on a personal level, we had many a conversation over the years, but I could never quite get him to admit to me it was all an act, although not too close to his death I spoke to him and I asked him something, and he replied in a very interesting manner. So I will leave you with what I said and how he replied.

Colin - "I think we both know that will never happen"

For those who knew him, remember the man, not the act, not the gimmick, not the tricks.
For now he is dead, he cannot take a penny more from people to pretend to talk to the dead.