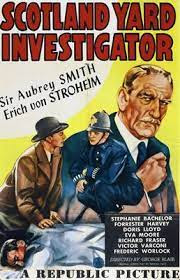 I recently received a notification of a comment left on this site from a group calling themselves "Private Investigations Scotland". I have never heard of them, nor am I particularly interesting in knowing anything about them. But I do think everyone has a right to speak, and a right to criticise me, but in doing that I have a right to reply.

Now instead of replying direct to the comment, which means that Private Investigations Scotland are unlikely to see it, and anyone else with the same criticisms also wont see it, I thought I would take the rare chance to reply publicly. So here I am.

Below is their message, with my replies and comments in red bold lettering.

The way you talk to people is disgusting! Your ego and clearly past hurt from a fake psychics has caused you to try and get national fame exposing fakes.

In your opinion, the way I talk is disgusting, I however like to think of it as "straight talking", an opinion direct from me, that does not "pussyfoot" around, or placate to fragile sensibilities, I have never been hurt from a "fake psychic", or anyone claiming paranormal or supernatural powers. In fact over the years I have considered a number of people who make such claims to be close friends of mine.

I am also curious as to your claim that I try to get "national fame exposing fakes". To this day I still turn down media requests, and in the last two years, I can only think of one time I gave a quote to a reporter, and even then I insisted purely on the name of the site being credited and not me, however they insisted they had to use my name. There was no photo of me, anywhere in the piece. And in fact you would need to go back over 15 years to find any photo of me included in any article I have wrote, or any article where I was interviewed. And even then the photo I am wearing a cap and black sunglasses, and the picture is from afar.

For someone who seeks national fame, I clearly am going about it terribly, since YOU have no idea what I look like, nor do you even know my name. When ITV's This Morning TV show approached me to appear as a guest skeptic in a segment, I turned it down and gave them the details of someone else. In fact I turned down over 100 such appearances, appearances I should say offered a fee. For example Ch4's Richard and Judy show offered £750 plus travel costs.

So to clarify, I have no interest in "National Fame", not now, not ever. Feel free to check my social media, there are no photos of me, no show reels, no "booking" email, no manager or agent. Nothing.

And this is the first original article to appear on this site in years and years.

The issue is you yourself disappeared soon after you were proved wrong! Everyone has intuition, it's that gut feeling inside you that tells you something isn't right. People call that psychic ability.

So one minute you are claiming that I seek national fame, and the next you admit I disappeared. Make your mind up. Hang on a second, are you a fake psychic trying to "read" me here, and therefore literally covered both sides of a claim, so you can appear to be right? Did you really think that would work on me?

As for being proven wrong, by who? I literally claim a 100% record when challenging psychics or mediums. So who on earth is claiming they proved me wrong?

As for intuition, yes people do have intuition, mainly women, and specifically mothers. This is mainly due to the bond that a mother will have with their baby, and is something that a man does not have.

Nothing to do with psychic ability though, you could compare it to walking into your house and noticing that something feels wrong, and then you realise that a plant pot has been moved. You are so used to subconsciously absorbing the details around you, on a near constant basis, that when something is out of place, your subconscious realises it almost before you do. Or when you sit in your car and the seat or mirrors have been moved a few centimetres. You just "know".

Again nothing psychic, just how your brain works.

I do believe some people use parts of their brain others do not that allows them to predict things and read energy very well. The only thing I doubt is that people can talk to the dead. When you are dead you have no consciousness and you need just that to communicate.

So you are a skeptic of the claims of mediums, why are you a bigot to mediumship and spiritualists?

There is no evidence that a psychic or anyone who claims such powers has access to a part of the brain that others do not, that is just a nonsense claim that has no basis in reality, and is just something low IQ people say, usually when they are trying to take money from you.

There will be an explanation for people who can read energy and use that to predict or appear to predict events, I'm just not sure that its mediumship. However the people who do this likley do believe they are getting it from deceased people.

Boy did this quickly turn from an attack on me to a boring lecture. Why on earth would you sit down and write this nonsense out, and then send it to me. I have done this over 2 decades, do you really think you are telling me something I haven't heard a millions times before?

Perhaps you should put your efforts into learning to speak to people properly because that's the reason you have no friends, no relationship and you spend your days playing on the computer.

There we go back to insulting me, that is what I prefer, not interested in lectures.

You are literally writing messages to a complete stranger on the internet, I am guessing the irony of your comment flies straight above your head. As for playing on my computer, yes please do check out my gaming site at www.gamingcouchpotato.co.uk where I review video games! I actually get paid to do that, can you believe it!

You have time after time told people they aren't bound by any laws and that is compleate rubbish!

Not sure what you are referring to here. I have in fact said the opposite, and encouraged people to report fake psychics and mediums. Why would I do that if I have also said such people aren't bound by any laws?

For the past half-century, 'genuine' mediums have been protected by the 1951 Fraudulent Mediums Act, under which prosecutors had to prove fraud and dishonest intent to secure a criminal conviction, which was difficult. There have been fewer than 10 convictions in the past 20 years. With that protection gone, there will now be nothing between the medium and the trading standards officer - and no need to prove fraud. Instead it will be up to the trader, in this case the medium, to prove they did not mislead, coerce or take advantage of any 'vulnerable' consumers.

Partially correct, in fact it was ME and THIS website that got the Government to kick out the 1951 act, so that psychics and mediums would legally come under The Consumer Protection from Unfair Trading Regulations instead. I think that was 2008. And would legally put psychics and mediums in the same boat as any trader. Which is why I have been encouraging people since that very day to report mediums and psychics to trading standards, their local police and so on.

Now they have to add disclaimers if they charge for their services, no matter what!

Only FAKE psychics or mediums will feel the need to use the "For Entertainment Purpose Only" disclaimer, and even then that is not a legal loophole for them to get out of being sued or taken to court.

The BCAP codes section 15.5 set out by Ofgem requires all advertising mediums to state it is for entertainment only! 👇

Nope, that is for the Fraudulent Mediums Act 1951, and does not cover The Consumer Protection from Unfair Trading Regulations. A real psychic or medium does NOT need to add a "For Entertainment Purposes Only disclaimer.

The reason why you believe this, is because fake psychics needed a way to use the disclaimer, but then try to blame someone else, in other words a wink and a nod to their victim, that they are the real deal, but the disclaimer is forced upon them, previously they claimed it was part of some made up EU law, since Brexit they just say they are forced by the Government.

The whole reason why I worked to have the FMA 1951 repealed, was for this very reason, that mediums and psychics were using that disclaimer as a way to get out of being prosecuted for their crimes.

The current law is clear, it is "Protection from Unfair Trading", so does not matter if it is "for entertainment purposes only", the law protects the consumer, if they feel they have been conned. It is that simple.

And with that I think I have answered your points pretty clearly.

My advise to you is to stick to your little forums and social media, and don't try to shake the hornets nest. I am in retirement from exposing psychics right now, I stay nice and quiet, and perhaps it is best for the industry that you love if it stays that way.

Jon Donnis.
ps. See me on the next season of Britains Got Talent, as I try to get that national fame I am so desperate for.