If they were real, could a Psychic Be a Good Poker Player? 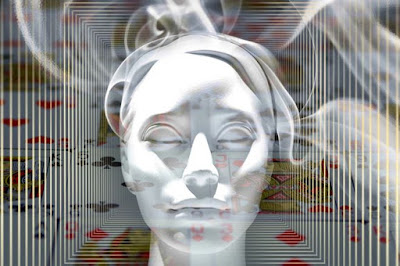 The world of supernatural phenomena is still unexplained today. What’s also unexplained is how some people are good at certain things. For example, poker players. Were they born with the skill of being good with cards or did they spend a lot of time learning those skills? Or did they have some kind of special aid? I have known of some poker players who claim to have psychic powers.

People who claim psychic powers exist today and the opinion about them is a dubious one and for good reason, in credible scientific tests, psychics fail 100% of the time, no exceptions. Some people claim that they’re just charlatans while others wholeheartedly believe in their powers. Nevertheless, having a psychic power would surely prove useful in a game of poker. Having telepathy at your disposal will let you know which cards opponents have but having clairvoyance will let you know which cards are going to be dealt. Having either of these powers would make you a poker god and you’ll never lose a game.

You could just go to any online casino and play any variant of poker and win effortlessly. You would do the most damage in a live poker game. Also, you could try out a scam site just so you could beat them before you check out the official website of a high-ranking casino. 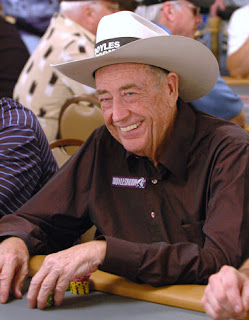 Doyle Brunson was one heck of a poker player and he has stated that he believes in the existence of psychic powers. According to Sunil Padiyar, every person has a field of energy that envelopes that person. If that energy is activated then it could bring a lot of luck to that person and amplify intuition and foresight. As a person who’s written a lot on this subject, she certainly makes the case believable, if you have never investigated such things, and were to believe things at face value. Also, many universities have conducted studies to find out if there is any scientific backing to the theory of ESP and telekinesis. Despite their effort, there is hardly any evidence to support the claim. As I said earlier, 100% of psychics fail in credible tests when the chance to cheat is removed.

The rational explanation for this phenomenon would be in the subconscious. A lot of people watch all kinds of movies, TV shows, and fake documentaries so they might get the impression that a certain house is haunted or that someone has the power to move objects with their mind.

The subconscious is linked to intuition which is why some poker players have claimed to be psychics. A factor that influences their abilities would be the long years of practice they’ve had in poker. If they were professionals then they practiced shuffling decks and remembering the different variants of cards that could be dealt. Maybe they also learned how to assert dominance over their opponent and in that way influence their play.

The point is that there could be a rational explanation for all this, but people still believe in the existence of these powers.

Either way, hypothetically speaking a psychic would be a great poker player, but even if real, would you ever really admit it?