Another article exposing Tony Stockwell and specifically his TV show. 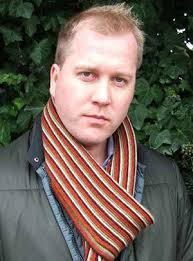 A woman’s anguish over the mysterious death of her father over 30 years ago has been cruelly exploited by a TV psychic’s programme to be screened next week.

Sandra Chisolm was only 12 years old when her father, John, was lost in the Arctic Ocean along with 35 other crew members of the Hull based trawler Gaul. When approached by a production company making an episode of “Psychic Detective” for the Living Television Channel, she agreed to take part to try and find some closure over the loss which has affected her life, and health, since 1974. The “Psychic Detective” is Tony Stockwell who now claims his “powers” have seen what really happened to Sandra’s father and the crew of the GAUL. Five years ago, four sets of human remains were recovered during a Government backed survey and search of the trawler’s wreck, which led to a Public Inquiry which judged that the ship and all its crew were lost naturally, in the heavy seas at the time of the loss. But Stockwell told Sandra that her father and 17 others of the crew were taken off the ship, and the other crewmen were shot prior to the ship’s sinking. He claims psychically overhearing two crew of the GAUL discussing what was to be the trawler’s fatal voyage prior to its departure from Hull, and “hearing” them discussing that a spy would be put on board the GAUL and landed secretly in Russia, during what was to be its last voyage. “The whole thing is a cheap con,” said Sandra, remembering waiting by the dockside in Aberdeen as the four sets of human remains found on the wreck were brought back in 2000, hoping that one of the bodies might be her father, so ending her years of anguish.“The programme makes out that it was me who approached Tony Stockwell asking him to investigate my father’s death. This is rubbish, they first approached me, telephoning me and then arranging for me to come down to London to meet him, a meeting that they actually filmed. I remember at the time the film production people asking me over and over again, to state in several different ways that it was that me who wanted to meet Tony. At the end of the final day of three separate interviews they wanted me to say on film that I was happy with his findings about what had happened to my father and the GAUL’s crew, but I would not. Tony Stockwell is about as psychic as my dog.”“They have cheapened a very serious story, which has affected many people’s lives as well as mine, for a piece of cheap television. The great majority of the “psychic sessions” that were filmed with me were not used in the finished programme. It was an elaborate con to gain my confidence before they shamelessly manipulated my story to fit in with Stockwell’s Psychic “discoveries”. I spent hours filming, often in great discomfort due to my medical condition, and much of what was filmed has not been used, only the edited parts which make Tony Stockwell appear to be something he most definitely is not.” 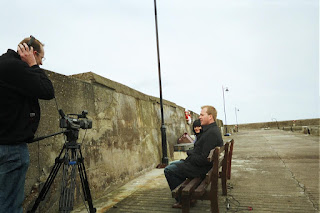 Initially the production company claimed that Stockwell knew nothing of what he was supposed to be investigating, but as filming began Sandra became suspicious that someone had been researching both her background and the details behind the ship’s loss.“When he started coming out with things about Russians and submarines it was obvious it had been gleaned from other people’s serious work on the Gaul mystery,” said Sandra, “His eventual conclusion, which he passed on to me, was that my father and others had been taken off the Gaul, given new identities, and that my father had lived a long and happy life, had six children and died with the sun on his face. It’s disgusting. The whole operation was cheap skate and contrived.”“They have played with my emotions for their own ends .It was so easy to see through them.” 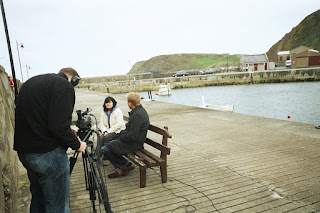 Stockwell told Sandra that her father would not have been able to get in touch with her during his “new life” because of the fear of repercussions, not only for him in his new life Russia, but for me and the rest of his family back here in Scotland.Sandra Replies: “If I was not a strong hearted person I could have been taken in by his rubbish. It is not based on any psychic ability at all, just trickery and manipulation.”And as Sandra says, this programme does not just exploit her emotions. All the families of those 36 men who sailed on the GAUL are equally being exploited. Only 4 bodies were found on the wreck, and returned to their families in Hull. As Sandra says, Stockwell’s “discoveries” will now tell them that these 4 men were shot before the ship sank. And the families of the other 32 missing crewmen will wonder where their loved ones ended up. Were they also shot, or did they end up happily resettled in a new life in Russia, unable to communicate with their folks back home?Initially the production company for Living Television, IPM, agreed to let Sandra see the finished tape before the original planned transmission in the spring. However, it was only when she refused to take part in a promotional story for the rescheduled programme that she received it.Promotional material for the programme quotes Stockwell as “helping Sandra Chisolm unravel the mystery of the Gaul”.“Rubbish,” she said, “He did nothing for me, and I said so to the programme makers. The finished item makes it appear that I am satisfied but nothing could be further from the truth. They have exploited my personal grief for a cheap piece of dramatic television.”“The truth is I wish I had never met them.”
“Psychic Detective” is on the Living Television Channel at 10-30pm on Tuesday August 30th."By Graham Smithwww.mediaworldnews.co.ukDISCLAIMER: - This article is full copyright of Graham Smith www.mediaworldnews.co.uk and may not be reproduced anywhere without permission.