We often get asked about Tony Stockwell, much of what we published exposing him was lost when the old BadPsychics site closed down, but I have found out some old articles and will republish them for everyone to enjoy. 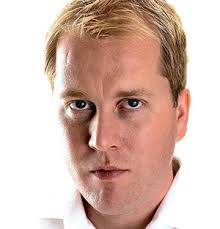 Another news story of the damages paid out to cancer sufferer Mr Clemance, after his daughter appeared on TV show with Tony Stockwell, and further proof of the dishonesty of Tony Stockwell.

The following story has been reproduced from beenletdown.co.uk. It does not necessarily represent the position of BadPsychics.co.uk.

A cancer stricken father-of-three has been awarded £8,000 compensation after being falsely accused of being a criminal by a TV psychic.

Housebound Brennan Clemance was horrified when he watched the programme, broadcast as part of the Psychic Academy on the Bio channel in July last year. The programme was subsequently made available on You Tube where it has been viewed almost 2,000 times.

During the programme, TV psychic Tony Stockwell, who appears all over the world, said to Mr Clemance’s daughter Jenna: Do you see there? How your father had ever been to prison or has links with crime? Do you know that?

Stockwell went on: Is that OK for you?

Jenna went on: He mentioned about my father being in prison…I actually only found this out a few weeks back. With Tony mentioning it, it’s got me; I’ve got questions that I want to ask my father now.

Shortly before that part of the programme, Stockwell had said: “Psychics have to tune in their minds. It’s not a guessing game.”

The reality is that 59-year-old Mr Clemance was diagnosed with cancer of the oesophagus at the age of 37 and since then has had numerous operations. The former production worker, who has been partially sighted since birth, has rarely left his home in Darwen, Lancashire, in the last 22 years.

Mr Clemance has now won an apology and damages totalling £8,000 from A&E Television Network, which is responsible for the Bio channel, which is available to millions of viewers of Sky and Virgin Media services. The programme is also broadcasting an apology on Thursday night.

Mr Clemance’s other daughter, Kim, 25, who acts as his full-time carer, said: “We have been to hell and back in the last year.

“My sister became obsessed by psychics and by what they were telling her. Her appearance on the Psychic Academy and the false accusations were the culmination of this.

“My father and I were asked if we also wanted to take part in the programme but we told them we didn’t because we don’t believe in this kind of thing.

“We were therefore appalled when the programme made its completely unfounded allegations without making any attempt to verify if they were true or not.

“Tony Stockwell is supposed to be a professional psychic but this programme proves that they don’t always get it right. It was a sensational allegation in the middle of a boring programme.”

“To watch the programme on the Bio channel was bad enough, but then to discover it was also on You Tube made things even worse.

“Mr Clemance has suffered substantial damage to his reputation, as well as enormous distress, anxiety and embarrassment.

“This is a seriously ill man who has required 24-hour care for almost 20 years – not a criminal with a prison record, as the programme made out.”

Mr Clemance’s daughter Jenna, who appeared with Stockwell, has since apologised to her father for the hurt she caused by taking part in the programme.