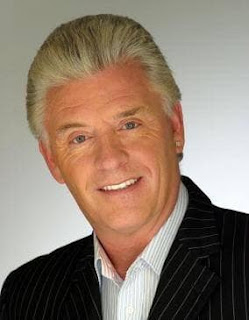 "Farewell my love! I will miss you forever! I’m devastated to announce that my beloved husband Derek has passed away after a very brief illness. Thank you so much to everybody who has supported me - I can never thank you enough. To the vile couple who hounded him for responses to their ridiculous campaign whilst he was in Intensive Care in a coma, I hope you have the decency to hang your heads in shame. I have things to deal with now but I won’t forget nor will I forgive what you have done!"

I had spoken to Gwen a few days ago with regards to the article about the Sunday Mirror that I published. She informed me that Derek was very ill, and asked I keep it quiet as she didn't want the media finding out. I wont reveal any more of what she told me, as it has not been made public outside of what she said in her statement. I offered to remove the article about the Sunday Mirror straight away and she said I should keep it up, and she even retweeted it from Derek's twitter account. I just wanted to make that clear, since I am getting a lot of abuse right now.

Year after year we went after Derek, we attacked him, we would expose things he said and did, spend countless hours investigating him. We did not make his life easy. You would think Derek and Gwen would hate me for this. In fact they were only ever nice to me.

I would like to share one example of that. Many many years ago someone contacted Derek as they had found out my home address, my full details, they gave those details to Derek, perhaps in the hope he would send his lawyers after me, or worse. Instead what happened was Gwen contacted me on behalf of Derek and told me exactly what had happened, and that someone was trying to get them to go after me. Instead they did the opposite, and gave me the heads up. Derek never sent his lawyers after me, instead he was being a nice guy.

I never forgot that. Here is me thinking the guy is the literal Devil, he gets a chance to come after me, and instead he does the good guy thing.

Now I am sure there were times when Derek cursed my name, probably shouted about me, complained about me to Gwen, and he would have every right to, after all I was attacking his career, his living. But personally Derek and his wife were always good to me, undeservedly so I admit.

As the years passed I always kept in contact with them. And I was invited to a show Derek was doing in West Bromwich one year to come meet him and say hi. To say I was a tad suspicious and worried was an understatement, I half expected to either get beaten up, or handed legal papers, instead Derek was super polite, shook my hand, took a photo with me, and we chatted for a few minutes.

While he performed his show I sat outside and chatted with his wife Gwen for a couple of hours, I asked her every question imaginable, about Derek, his beliefs, what she believed, poor woman probably felt like she was being interrogated, but she answered me best she could, gave her honest opinions, and although at the time I am sure she thought I would twist what she said and write an exposé of them, I kept my word and never revealed what we talked about and the answers she gave.

Some people may think I would be happy about that, but the truth is I am sad, I am sad for Gwen and the whole family. Regardless of what I thought about Derek's professional life, personally he always treated me well and very fairly, anyone who knows me, knows how harsh and blunt I can be, yet Derek and Gwen were always just very nice to me.

Regardless of what anyone reading this thinks, understand that Derek was a huge part of my online life on BadPsychics. And on a personal level I will miss him.

I fear that much like when Colin Fry died, that we will now get an influx of fake psychics and mediums trying to use Derek's name to make money for themselves, claim that he is speaking through them, and so on, and when that happens (and it will happen) I will put a stop to that much like I did after Colin Fry passed.

As an entertainer Derek was Number 1 in his profession. No one ever really came close.
Without him, there would not have been a Most Haunted. There would be no Paranormal Investigation teams around the country.

And as the UK's Number 1 skeptic, I can only hope that Derek finds a way to haunt me.

It takes a big man to write something like this. Well done Jon.
Ross Hemsworth (Ghost Detectives)

Fair statement... I personally never knew Derek Acorah, or saw him in any live show.. Yes he was very dramatic during the Most Haunted days, overly sometimes, but like any human, he was fallible.. Who isn't?

Beautifully put Jon. I think it was John Donne who said "Every man's death diminishes me" and its so true. I don't like what psychic mediums do I think it's dishonest distasteful and plain wrong but that doesn't mean that they cannot be decent kind and moral people in all other aspects of their lives, hell, I'm sure even Sally Morgan Charlie Kelly and James Higgins have their good points. I send my sincere condolences to Dereks wife and family at this difficult time.

Beautiful post, I would ask though in the nicest possible way, any chance you can now go after #THEVILECOUPLE Gwen and Derek deserve to have these two stopped.

Hi Julie. Don't worry those vile fake psychics will get their day in court.

I can't help but wonder if Derek was actually one of the first UK victims of Covid-19, typically any new disease especially ones that share/mimic multiple symptoms of other known illnesses are prevelant and spreading in society for quite some time before being identified.