Robert S. Lancaster of www.StopSylvia.com fame has announced that he was contacted and told Fake Psychic Sylvia Browne is dead!

Sylvia Browne WAS a vile disgusting witch of a woman, who made a fortune from pretending to speak to the dead and making future predictions, including one that predicted the death of James Randi 12 years ago!
Who is still alive by the way!

She also predicted that she would die aged 88, she was only 11 years off in that prediction, so a fraud all the way to the end!

I hate to speak ill of the dead, but this is one occasion whereby I am happy to say good riddance!
And just incase any of you feel a tinge of sympathy for her, here are some of her most despicable acts 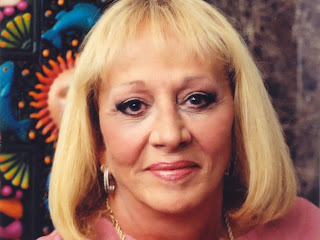