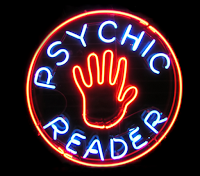 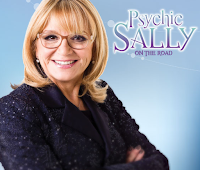 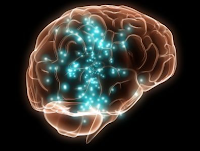 Sally Morgan makes a fortune from her sites just like the circle etc all claiming top psychics...the readers have to put up with terrible situations an earn a pittance. They are used just as much as the callers. Target the owners of the sites and pray the readers will have the good sense to leave. I say put your trust in God and get on with life these people can make you feel better but the moment is brief. No aim for the fat fraudulent greedy owners.

This is from an article in Elle Magazine by Lisa Chase called "Losing my husband and finding him again through a medium". After reading this can you tell if this so-called medium is full of shit and doing the usual self-deluded or conscious conning of the vulnerable, grieving writer of the article? "I had two friends who'd faced unspeakably horrible deaths: One lost her fiancé in the war in Afghanistan. The other lost a child. Both had called a medium named Lisa Kay, and I'd known of their remarkable conversations. Here's mine:
LK: He's talking about a ball. He says, 'Find the signed ball in the bag and give it to David.'
While Peter was in the hospital, a good friend, knowing he loved the Yankees and particularly Joe Torre, their longtime manager, got Torre to sign a baseball—a talisman. But the day I brought it in, Peter shook his head. "I can't," he said. "Put it away." I didn't know why it upset him, but I put the ball in his closet, in a canvas bag that I'd packed with his clothes and toiletries to bring to the hospital.
LK: He's showing me blood. Did he die of a blood clot? Something about blood. I'm seeing the word 'genetic.'
LC: He died of a blood cancer. And his doctors told us it was probably related to the lymphoma his father died from.
LK: The reason—David will not get it. That's what he's telling me. Lisa would be talking to me directly, then talking to…Peter? And sometimes it was if she were Peter, talking to us both. Channeling would probably be the best verb. there were many more specific things she said that she couldn't have known or googled.Anyway, try Googling the name of a person you know nothing about. It takes a lot more than five minutes to navigate to the page with the right information and absorb it all—the names and details and events.
Then she said something that shocked me.
LK: 'I'm a lucky guoy. I got the better end of the deal.'
What was amazing about this was the way Lisa pronounced it: "guoy," not "guy." It was precisely the way Peter said it, with an exaggerated Brooklyn accent. He'd use that expression when we were making up after a fight: I'm a lucky guoy…to have you. At this point I began speaking directly to him; I couldn't help myself.
LC: Peter, you weren't lucky! You died!
LK: He says 'Did you touch my face? I wasn't in my body when you did.'
Until that last week, I hadn't been able to touch Peter's skin with my fingers or lips for three months; I wore rubber gloves and kissed him from behind a mask. A stem-cell transplant takes a patient down to zero immunity; a kiss from a wife with even a nascent cold sore can be deadly. But once we knew he was not going to survive, I took off the mask and gloves, climbed into the bed with him—he was in a morphine sleep by this time—and I did touch his face. After he died, I kissed his face and tried to close his eyes.
LK: He says, 'You did what you knew was right. I am well here.'
LC: Do you swear, Peter?
LK: 'No. But you do.'
A joke! It's true; I swear like a sailor. He hardly ever did.
LK: Who's Boo-boo?
At this I shrieked loudly enough that Davey ran into the room to make sure I was okay. Then I told Lisa that Boo-boo was Peter's baby name for Davey.
LK: He was a seal-the-deal kind of guy. He says, 'XOXO.'
LC: He didn't do that! I did that. I do that.
LK: He said, 'That's one for you

Fraud, the psychic asks questions, simple as that.

What do you make of the "medium's" statements recognized as accurate by the victim that weren't in response to the questions/fishing expedition?

I dont make anything of them, the medium is cheating, therefore the whole reading becomes invalid.

The client is giving the info.

Also keep in mind this is a highly edit reading appearing in a magazine. For all you know questions were edited out, and the reading made to look more impressive.

It is pointless analysing an edited reading as you are not seeing the truth, only what they want you to see.

Only ever worth analysing raw unedited readings.