For Entertainment Purposes Only: Whose Fault Is It When A Psychic Scams Someone? 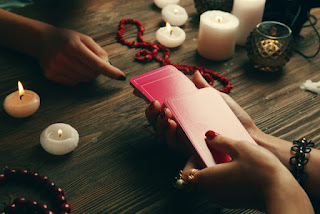 Originally published at www.thefrisky.com and republished here with kind permission of Robyn Pennacchia
Posted by JD at 16:07

These people are desperate they need the right kind of help perhaps through their doctor...they need to wake up and smell the coffee and except their lives and get a life. All this stuff makes someone like Sally Morgan even richer. The psychics have to put up with a lot of shit for a pittance I've got a friend who does it in order to put food on the table. So the owners if these sites are ripping readers off to! Crazy!!!! He would have to sit by a phone day and night 24/7 taking one desporado after another to make something like 40 quid a week. It's discussing. It's the so called celebrity psychics who are the ones to target.