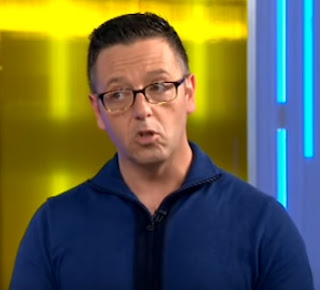 A lot of people contacted me about the first article on John Edward happy that I went into such detail with regards to how it performs his readings.

Well since he performed more readings on that show, I thought I would look at some more and further show that if you know how the tricks are done, any reading, however impressive looking to the average person, can be exposed.

Readings like this on daytime TV shows are actually some of the best to analyse. The reason is that they are not edited or produced in house by the psychic, so they are not editing in fake responses and reactions, bad guesses aren't edited out, and as long as you assume that the psychic hasn't planted the audience member themselves, you will get the psychic working in a purely cold reading way, which for people like me, people who actually know all the tricks, is really easy to break down and explain step by step how it is done.

The only bad parts are if a reading is stopped due to the show taking an advertisement break, because often the psychic will keep talking to them during the break, and we have no way of knowing what information they can glean during this and then repeat back to them when the show is live again.

So with that first watch the video below if you want, and then scroll down to see the Transcript (again done by the excellent forum member "girlseeksghosts") with my analysis and explanations interjected.

As always I will work from the transcript so I can be as analytical as possible, but will check the video for certain spots if needed.

No confirmation or talk about anything there, it just ends.
So Looking back, did John get anything right in the whole reading?
He jumped from one dead person to another, 2 father figures, a younger male and a R name all quickly forgotten. An educated guess about if someone was transgender, just by looking at them and hearing their voice. Wow that could have gone really badly if you think about it.

Out of the whole reading, being really generous, I would give him two hits. Just two. The name Mark, and Drugs. The Mark name was part of a question which the woman interrupted him and gave him the information. So you cant really count that, its a very common name and he was asking a question. And secondly the comment about drugs. We never really found out what happened to the cousin, why or how he killed himself, so it is all left very open to interpretation and vague, so this woman might leave the studio and be convinced.

Personally like all of his other readings I was just not impressed, not at all.
He asks question after question, he repeats back to people what they tell him, and we are expected to believe that he is psychic.
Sorry John Edward fans, he is not psychic, he is a fake. And with that I am done for the day.

If you would like to show your appreciation for my work why not donate an Amazon Email Gift Voucher to me to show your appreciation. I do this for free, you will never see a load of ads on this site, so the only way I get anything out of writing, or running this site is if people donate.
https://www.amazon.co.uk/Amazon-E-mail-Amazon-co-uk-Gift-Voucher/dp/B006AUF6X0/Just click the link above, and you can donate anything from £1 to £1 Million!Just send any voucher too webmaster@badpsychics.co.uk This is the best way to show your appreciation for the work I do. So if you enjoy the site, then how about donating me a voucher, and I promise I will only spend it on good stuff like video games or whiskey! And if not that's ok. I will keep doing my reviews regardless.Please leave your comments below.
Tweet me on @JonDonnis and send your abuse to @TheBadPsych
You can also join the Forum and share your thoughts there.
We are also on Facebook, just search BadPsychics and you will find us.
By Jon Donnis

I detest this guy. What I want to know is how on earth Edwards has become so famous and celebrated in America,given that his cold reading/shotgunning in this session is really obvious even to a dunce like me, I mean he's all over the place and there isn't a shred of subtlety about his technique.

Surely there must be someone whose name begins with either an R or an M in your entire family lineage?