Could a Psychic Guess When a Slot's Going to Pay Out? 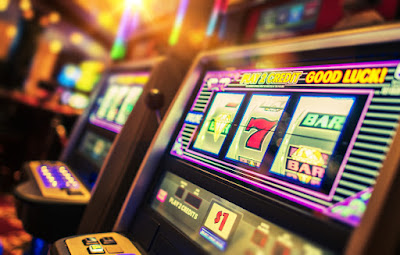 There are many mysteries that people haven’t figured out yet. One such mystery is the existence of psychics, and why despite how many times they are exposed, you have a constant stream of new claimants.

There have been many supposed psychics throughout the history of mankind and one of the most famous is Nostradamus. He was a seer that seemingly managed to predict several things in the future, and although believers in him may need to decipher what he said as a way to make his prediction fit current events, there are many who think he was the real deal, but there are many others who just see a desperation of believers to make things fit.

Psychics claim to have what is known as ESP and they say that this helps them predict the future and even read minds. This sounds too good to be true and you know the old saying about things that seem to good to be true. There have been lots of fake psychics that have been exposed throughout the years, something that we on this site have done more than most. We have yet to find that elusive "real" psychic.

If a true psychic existed then he or she will have the power to predict what happens next. That would be especially helpful if the psychic is a casino enthusiast. The person would know when to increase or decrease a bet, when to switch from one game to another and would find himself/herself banned from a lot of casinos.

The thing about casinos is that most of them are online now. There are plenty of such sites that offer lots of games to players. The one game that would be a challenge for a psychic would be any slot game. Sites like Casimba Slots offer more than one slot games so players have a variety to choose from. They also throw in some bonuses to make things interesting. And to make things fair they use a Random Number Generator. Now if you were really psychic, surely this is the easiest way to prove it?

The Random Number Generator
This is something that every casino site has on offer. The generator makes sure that every sequence it pulls out is a random one. That’s why slot games would be a challenge for a psychic. They would probably know what game to pick and when to pick it so they could get a payout.

The True Psychic vs an Expert Slot Player
If you’ve been paying attention to history then you’ll see that psychics aren’t that much concerned with payouts from online slot games, or from Casinos at all. In fact there isn't a single psychic in history who has come forward and said, "watch this, I will take $1, and make it $1 million". Ask yourself why that is.

Master slot players might be lucky a few times since they’ve played a game for a long time which is why they might be able to “sense” what’s coming next. But usually that sense comes from watching a machine over hours, working out how much money is in the machine as it has been used by other players. On an online Slot machine, this isn't possible, so it really does come down to chance, or if you were a real psychic then it would be your abilities, yet instead psychics "waste" their time giving readings to vulnerable people for $20. Still think they are real?

Unfortunately, the world is short on psychics that would test their skills in online slot games. And if any have tried it, then they have failed every single time. And that is why you never ever see a psychic make a claim that is easily debunked. Gotta keep things vague!