Clairvoyant ordered to pay damages to client she forced into prostitution 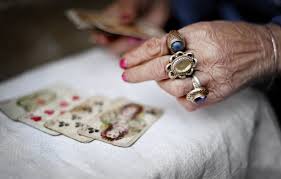 A fake psychic in Japan has been ordered to pay £690,000 (€800,000) by the Tokyo District Court  in damages to a female client she forced into prostitution, local media is reporting.

The Court ruled that the "fake psychic had conned the woman, and convinced her that she owed thousands to the psychic and that she had made her pay off the debt by working as a prostitute and then the psychic kept nearly all of her income, roughly 90 million yen.

The psychic, who was not named in the local media, managed to convince her victim to move into a flat that she owned, and then forced her to sell her body as a way to pay rent as well as the other money she had convinced the victim that she owed to the psychic.

On Wednesday the Presiding Judge Sotaro Tomuro stated...
“The fortune teller fuelled the woman’s fears by leading her to believe that she owed her a lot of money,”

The victim, who was looking for 100 million yen in damages, had begun seeing the psychic back in 2008 and had been relying on the psychic for advice in all aspects of her life.

In 2011 she had moved into the appartment and had started working as a prostitute, which according to court records lasted until 2013.

The court was told that the psychic forced the victim to live on just £1 a day.

Another day and another victim of a fake psychic.
At least this time the victim has fought back and won in a court of law, but for the years of her life that has been lost to Prostitution, that she will never get back.