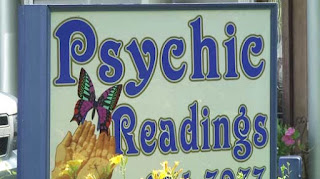 "A Central Virginia woman accused of defrauding multiple clients out of millions of dollars with her psychic readings business is expected to plead guilty.

Sandra Marks, also known as Catherine Marks, of the former Readings by Catherine on U.S. 29 in Albemarle County, will be pleading guilty in a federal court in Roanoke on May 17, according to her attorney.

Marks, 42, was indicted in April 2015 on 31 counts of wire fraud, two counts of mail fraud and one count of money laundering. Ten months earlier, in June 2014, Marks’ business on was raided by federal authorities, who hauled away four vehicles and other items from the property.

The indictment states that Marks’ business offered services such as palm, candle, tarot card, astrological and spiritual readings to clients who had “suffered from emotional distress and mental disorders, or had recently gone through personal traumatic events in their lives.”

In doing so, Marks “unjustly enriched [herself] and others by obtaining money, jewelry and other things of value from her customers and clients … based on false pretenses, representations, promises and omissions of fact,” the indictment alleges. Marks would tell her clients that she had spoken to spirits and learned of a “curse” or “dark cloud” surrounding the clients’ families, the indictment states. She would then bury a box of the clients’ money or valuables and “cleanse” it through prayers, rituals or meditation, telling her clients that “money was the root of all evil.”

Marks allegedly told her clients that she would never use the money or valuables for her personal benefit and that once the items or cash were “cleansed,” they would be returned to the client.
According to the indictment, Marks received two pieces of mail, each containing $729,000, in 2011 from one of her victims,. The indictment also alleges she has received more than $2.1 million from five victims in North Carolina, Kentucky, Tennessee and Colorado. “Cleansed” or not, Marks actually kept that money for her personal use, the indictment states.

Three months after she was indicted, Marks was arrested in New York and denied bond by a federal judge, who considered her a flight risk. She would go on to file a motion in October, asking Charlottesville federal Judge Glen Conrad to revoke her pretrial detention. Conrad said at the time that he needed time to consider the motion; court documents do not indicate that the motion was ever granted.

Marks’ case was set to go before a jury the week of May 9 in Charlottesville’s federal courthouse, but court records show the trial has been canceled and a plea hearing has been set for May 17 in Roanoke.

Marks’ attorney, Bill Dinkin, confirmed that she will be pleading guilty, but would not give details about the plea agreement."

Souce: dailyprogress.com
Posted by JD at 10:51

She didn't see that coming. It's always puzzled me why people who profess the ability to see things others cannot need to work at all.
If I had far seeing powers I would win the lottery every week, stop disasters from happening, etc, etc.