Should I Watch and Review Most Haunted Season 2??????

The new series of Most Haunted starts on Thursday 4th June at 10pm, I already have some of the series on DVD ready to watch. The question is do you guys want me to do my reviews again?

Please understand it is so much hard work to do, but I am prepared to persevere just for you guys, IF you want me too. I know that Yvette and Karl are desperate for me to do my reviews, since my site literally gets more readers per day than they get viewers, so it will help them with ratings.

I have had a quick scan through the first 3 episodes, and I have some very very sad news to report. There is no Mel Crump. The Crumpster is gone. Crumpamania is over. The Crumpfest is finally over.

Her replacement Leah Walton on the left. 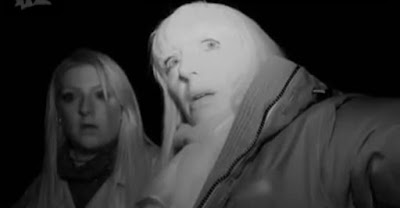 Can Leah Walton replace Mel Crump? Not sure, she is a make-up artist, she screams a lot, and swears alot, so she ticks all of the boxes on the recruitment form. But again will she face the fate of so many before her. If she gets more popular than Yvette, then Yvette has her fired.

Here is quick edited down list of people who were either fired or forced to go due to being more popular than Yvette Fielding, and her getting jealous.

We have a "Skeptic" on the show, and I use that term very lightly. A man by the name of Glen "Mike" Hunt.
Here he is. 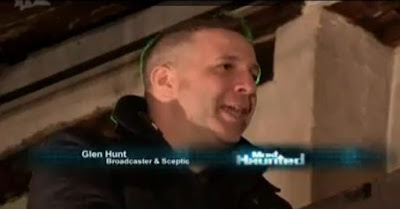 Here is a shot of Karl and Stuart, so you know that it will be the same old shit. 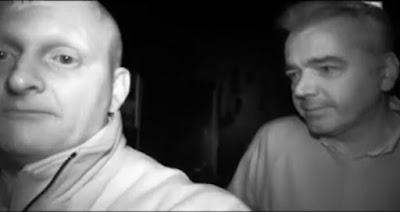 And here is a grab of Leah Walton swearing and her mouth has a blurring bit on it! 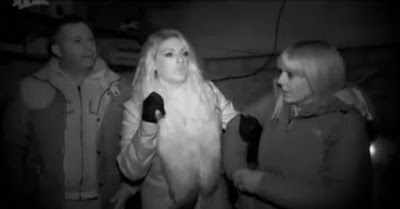 Here is the blurb for the first Episode

Thursday 4th June, 10pm
S2E1/10. The Tivoli Venue
The legendary team is back with more terrifying adventures, once again travelling up and down the UK to seek out paranormal activity and things that go bump in the night in some of the most haunted historical locations in the country.

With Yvette Fielding at the helm, Most Haunted welcomes new members to the team, including Eamonn Vann-Harris, an Electronic Voice Phenomena specialist, and Glen Hunt, a broadcaster and sceptic. Eamonn brings along with him some new equipment that reads scalar waves - how spirits communicate - and can convert these sound waves into something audible to the human ear. What messages will the team receive, as they merge the Ouija board with this new technology?

In the first episode the Most Haunted team head to the Tivoli Venue in Buckley, North Wales, to investigate the goings on that have seriously rattled the staff. Famous for hosting famous bands including the Beatles, the Rolling Stones and Coldplay, the venue is also known for its dark history. In 1945 a fire blazed through the top half of the building, killing the projectionist who was trapped inside. Could this be the cause of the suspicious goings on?

The staff at the venue claim to have witnessed many bizarre scenes, from strange figures on the stairs and the image of a hanged man, to seeing and smelling smoke. The alleged paranormal activity is violent, and Yvette and the team are determined to find out what's been going on.
Posted by JD at 08:03