EXCLUSIVE REVIEW: Most Haunted S02E05 (Fort Paull Part 2) The one where I didn't realise I was watching episode 4 again!

In the previous episode (the one where nothing happened) the highlight, or low light of the episode was when Yvette witnessed Karls withered wrinkly, barely there penis, which left her in fits of terror, tears pouring down her face, and in pain after running into a door and hurting her leg. Luckily Leah was not on that episode, so she was spared the horror, will she be back this week? Will we be able to continue with our ever popular feature of "Coatwatch" or will we be left with an hour of idiots wandering about, pretending to be in the dark (we know its a filter guys, we can see your shadows!). I think we can safely assume which.

Anyway here is the official blurb for the episode!

Thursday 2nd July, 10pm
S02E05/10. Fort Paull Part 2
Really’s terrifying series continues as Yvette Fielding and the team spend a second week at Fort Paull. The team are wary of what they will encounter next. There’s a sinister atmosphere as they walk through the tunnels, hoping to find the ghosts that may reside there…the EVP machine will later reveal the hidden messages undetected by the human ear, just who is trying to contact the team?

We start off with Yvette stood outside 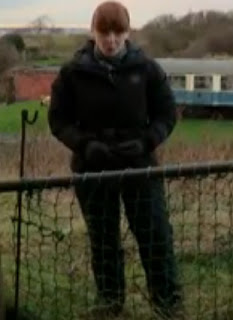 That is what in the business is called the "Glamour opener", basically that is where they put the prettiest staff member, in the most interesting location, as a pull, or a "get", for views just changing channels at the beginning of an hour. And if Yvette stood in a field, in big coat doesn't grab you nothing will!

Remember they had Mel Crump and they let her go! Just imagine if it was the Crumpster stood there, in a fitted pant suit, or smart shirt, just a hint of cleavage, and her glorious flowing locks, waving in the wind, suddenly some hair goes in her face, she casually moves it away with her hand, while continuing her piece to camera, in the back ground, an eagle swoops in and out of shot, while majestic music plays. No instead we get a grubby looking Yvette with her god awful fringe, stood in a field looking like a homeless gypsy. Oh well.

We get the usual recap, and history lesson. We are told how "amazing" this location is, and how many people have seen spirits. Of course no footage exists.

Glen is back, and damn he is smirking really hard today, beads of sweat are running down his forehead as he goes full on hard smirk. 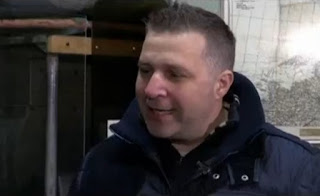 This guy smirks harder and faster than anyone I have ever seen in my life. Yvette is clearly interested and impressed by his smirking skills. I have even heard from my sources that he can smirk with both sides of his mouth! And even it has been said he can smirk with both sides at the same time! This guy could literally be the smartest or the dumbest person in the world, and I would have no idea, as his smirk just distracts you from anything he says. I feel sorry for him when he has to go to serious events like funerals though, cause damn if he is sat there and whips out a quick smirk, it would be hard to hide it, he would have to go to the bathroom and have a quick smirk there before the event to hopefully get it all out of his system. He can control his smirking now, but when he was a kid at school, I know he would sometimes have to smirk right in the middle of a History lesson, and how embarrassing that would be. But it happens to all of us, that uncontrollable urge to smirk, sometimes you could hide a smirk behind your belt, but that would depend on the size of the smirk. You girls have now idea of the struggle! 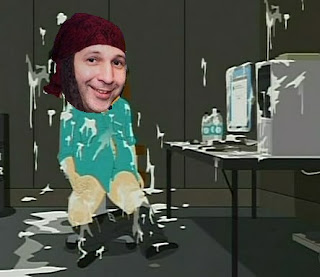 
Anyway so much smirking and we are now getting on with the investigation. Fred Batt is quick to get his face on camera, afterall its all his gig, his dosh, so he is gonna get in the frame front and centre, IT'S IN HIS CONTRACT PEOPLE!

Anyway.... As expected no Leah again, surely Yvette didn't get rid of her after just 3 episodes, Leah not seen in episode 4, and not in this episode 5. And no replacement either. I honestly dont think Yvette could find a woman in the world who wouldn't be more popular than her on the show. Maybe Rose West?

Eammon is back, and he is talking nonsense, still no sign of Ruth which is a shame. Can someone tell Eammon that his fancy EVP machine is a big pile of steaming crap, that has NOTHING to do with the paranormal, and 100% of everything is picks up is understood and explainable by someone with just an ounce of knowledge in the fields of radio waves etc.

If I am rambling a bit, its cause we are 16 minutes in, and I am already bored to death, and I am desperately trying to entertain myself. 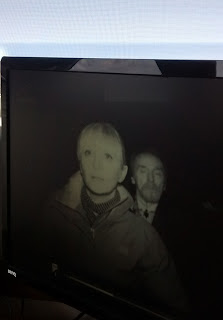 Hang on a second, either they just replayed an entire segment from last weeks episode by mistake, or this is episode 4, and I didn't realise I am watching the same episode again!

Yep it's episode 4, For some reason I have episode 4 as episode 5 on the review DVD.

And it took me 20 minutes to realise I was watching the same episode again! Just goes to show how utterly boring, tedious and similar each episode is.

Oh well, that will be the end of this review! No idea if I will ever review the real episode 5, at least I have an excuse to stop watching now. Sorry guys. No spoilers, no review.

Well since this has a been a total waste of mine, and your time sadly, here is something way more interesting, yesterday I visited a little harbour town in Greece, and I was walking along the wall, and when I looked down, this ugly Muther was just sat on the rocks! 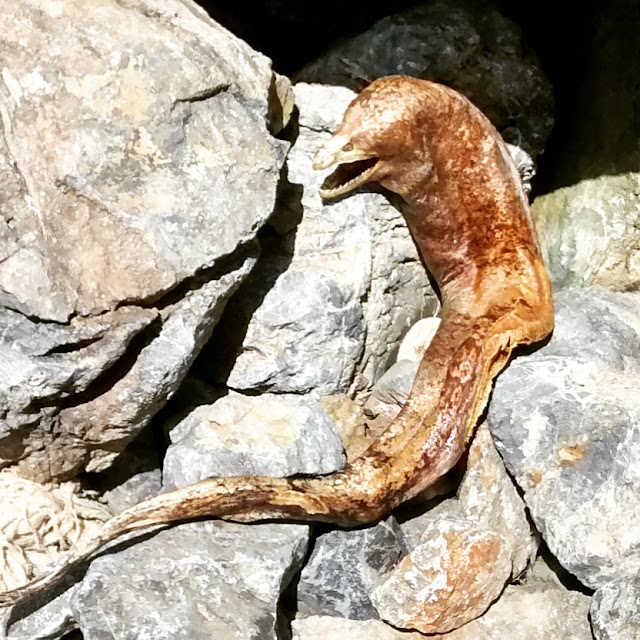 I'm convinced it is an alien, but I am sure there will be big nasty skeptics out there to say I am wrong, so please if anyone can give me a proper identification, I would appreciate it. I have had a few people say on Twitter (@JonDonnis) what it is, but I am still convinced it ate its way out of some ones chest before killing a load of people on a space ship, and then somehow ended up down here.

That is all from me, sorry for the clusterf*ck of a review. We all make mistakes, especially when trying to watch something as tedious as Most Haunted