EXCLUSIVE REVIEW: Most Haunted S02E04 (Fort Paull Part 1) The one where absolutely nothing at all happens.

I just cant stop! I have to watch Most Haunted, not because I want to, not because I need to, but because I HAVE to! Some many people have told me that my reviews are not only better than the show, but also means people can spend ten minutes reading my review and then not bother having to watch the show! I am literally saving peoples lives! (well about 35 minutes) and those people are able to do other things! So to them I say "You're welcome"

Anywho onto the official blurb for Episode 4

Thursday 25th June, 10pm
S2E4/10. Fort Paull Part 1
Really’s terrifying series continues as Yvette Fielding and the team travel to Fort Paull in Kingston-Upon-Hull, a historical site which dates back to before the English Civil War.

Paranormal activity has been said to wreak havoc at the fort and many visitors describe being faced with a sinister black mass emerging in the dark tunnels, that blocks them from exiting. Most frighteningly, people allege to have been grabbed by unseen hands in the darkness.

As the team split up to investigate one group heads to the train carriage where they experience something like never before, just what is making the temperature change so drastically? Meanwhile, something makes Yvette shake to her very core and causes her to let out a bloodcurdling scream!

After reading the blurb, I start watching, and in that annoying first 30 seconds of the show, I heard that Bloodcurdling scream! I can only imagine that Yvette finally gave in and agreed to give Karl felatio, and that is her reaction after seeing his withered old penis for the first time in 20 years. Hopefully we will be spared such a view. 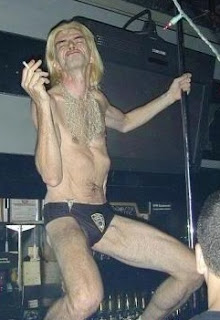 Anyway the show is now underway and Yvette is giving us the usual boring history lesson, and mentions Elvis Presley once sat in a train carriage she is in! Please god I hope they dont speak to Elvis!

We are introduced too Jenny Bryant a "Paranormal Investigator" (bored middle aged housewife) from GCUK, if you have never heard of GCUK and why would you, they are a silly little company that do ghost hunts and charge gullible idiotic people to sit in the dark and pretend they are Yvette Fielding etc. And yes the Most Haunted crew including Yvette often goes on their investigations. Please never waste a penny on them, they really have no clue what they are doing. 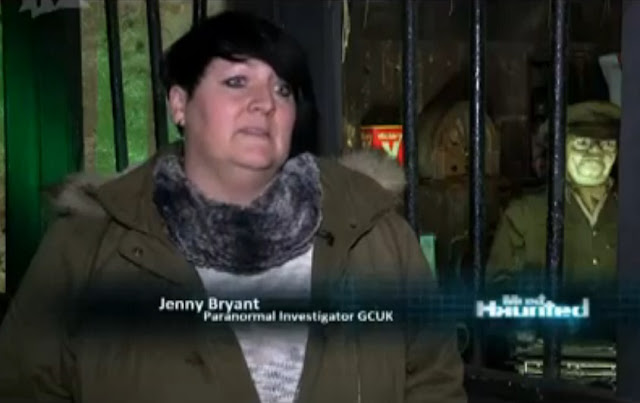 Jenny tells us of all these amazing experiences with ghosts that her and her team have had, and of course there is no video evidence or proof. Having her appear was purely as a way to give her group a free plug.

Yvette then interviews Smirking Glen Hunt, who starts off with his "Skeptical" opinion, while smirking hard, he likes to smirk, sometimes he smirks 4 or 5 times a day, he is a legendary smirker, he really does like a good long hard smirk, usually in the dark with the door locked shut. I heard a rumour he once got disturbed while smirking, and he twisted a testicle! 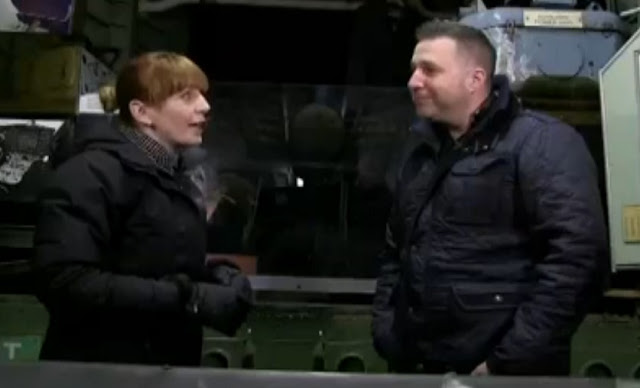 Having a quick smirk

Fred Batt is once again part of things, since he is paying for it all. Reckons he can feel the demonic presence of the ghosty whosties. And he is gonna summon them up later on! Lucky us!

We also have Eammon and his EVP machine, no sign of Ruth which is a shame.
Eammon has about as much credibility as Karl's claims of being a Samurai!

No sign of Leah in this episode yet, I did mention that she looked totally disinterested in Episode 3, so maybe she did the smart thing and quit while she was ahead. Such a shame as I was quite looking forward to the weekly instalment of "Coatwatch" 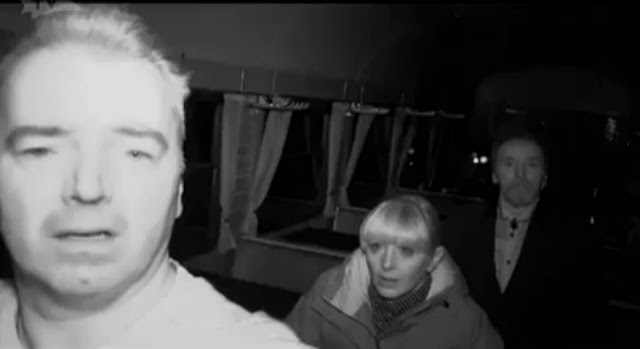 Such an attractive crew

The investigation is now fully underway. And not a lot happening other than people calling out to the ghosties, Stuart actually says "This could be the calm before the storm".

Half way through the show and Stuart seems to be suspiciously well behaved, I can only assume it's cause he in a team with Glen Hunt, or he is building up to a big stunt, I hope he is as so far this episode has bored me solid!

For the next 8 minutes of the episode, absolutely nothing happens, the just wander about! Really! This was the absolute best use of footage they could find! Just imagine the countless hours of crap they filmed if this was the best they could come up with.

Yvette shouts her classic line of "Can you make a noise with your voice please!" Always makes me chuckle, Imagine the ghost was just about to make a noise with his arse and drop a spirit fart, and then Yvette says that and he now has to hold it in!

35 Minutes into the episode and absolutely nothing of note has happened. Seriously, nothing at all.
Please tell me they haven't done one of those "nothing happens which proves when it does its not us faking" type episodes.

Ok to be fair, Glen has a thermometer laser thingy, and the temperature of a window is going down. Of course no control measurements have been done, they have not told us of the ambient temperatures outside, the time of year, the time of the evening and so on. Not to mention use a second machine to confirm the results of this machine, what if that machine is simply faulty! Afterall you cant see the breath of anyone in the crew. Karl is wearing a light jumper, yet this thermometer is showing the temperature has dropped about 7 degrees to 0 degrees Celcius. This kind of ineptitude and ignorance of how to conduct an investigation is what pisses so many people off.

Yvette on narration even states that every scientist knows that a drop of more than 2 degrees Celsius in a short period of time is significant, yet they don't use any scientific methology in what they do, which means any results they get, even if genuine are instantly useless!

As we get to the end of the episode, Karl and Yvette break off together and go to investigate a room, it is at this point that Yvette sees Karl's withered penis and runs off screaming whereby she hurts her knee and arm by running into something, she breaks down in tears and tells Karl to turn off the camera.

We get some brief highlights of all the things that have just been boring us, wow, this was a poor episode, and even Yvette hurting herself after seeing a horror that hopefully few ever have to see, could save this episode. And since this is a two parter, I am guessing Leah wont be in part 2 either. So that is another reason not to watch.

One of the worst episodes ever. When the highlight of an episode is Yvette hurting herself after seeing a withered unused penis, you know the show is gonna struggle in the ratings.

Really folks that's it, I am signing off now, and seriously considering my priorities in life.

oh my gawd so funny, love it.