Now before anyone moans, I know I have not reviewed Episode 8, if you remember from my previous reviews I said I wouldn't do any more reviews as it was so painful to watch the same old nonsense over and over that I would rather watch paint dry.

HOWEVER I've had such good feedback from my reviews, and how people prefer to read them than watch the actual show, that I felt compelled to at least finish off the series, so since it is a two part investigation I will do my reviews for episode 9 & 10, since it is likely that they may be the very last Most Haunted episodes ever aired.

But since I cant let down my millions of BadPsychics fans, here is a quick review of Episode 8 before we get onto Episode 9

Episode 8 Review:
Mel Crump looks fit, Yvette Fielding looks like she just been dragged through a thorn bush backwards. Karl throws something, Stuart Throws something, Fred wishes he had never believed Karl and paid for this series to be made. Mel is scared but is fit when scared. John Callow reads a card prompt, the end. Oh and Mel Crump is fit.

Right then peeps, on to Episode 9, and you better bloody appreciate this, I have legitimately lost over 10 billion brain cells watching this show.

So this week we are at Saltmarsh Hall, Yorkshire for this two part special. Apparently this place is one of Yorkshires best kept secrets, although not that secret if they agreed to be on Most Haunted, so I will assume they are desperate for tourism which is why they pimped out the Hall to this bunch of noobs!

Yvette Fielding doesn't half talk some nonsense, apparently they are going to do a worlds first and investigate a previously locked wing that even the owners are too scared to go in!

And it is revealed that the owner has invited many a paranormal group to investigate the location, which explains a lot. After this airs they will undoubtedly up any associated fees to investigate this blatantly NOT haunted location!

A lot of history is given for your history buffs out there, personally it bores me rigid, but I know some people like that kind of thing so for you guys you will be very happy.

Here is a picture of the "money cow" as Karl Beattie refers to him in private, Fred Batt 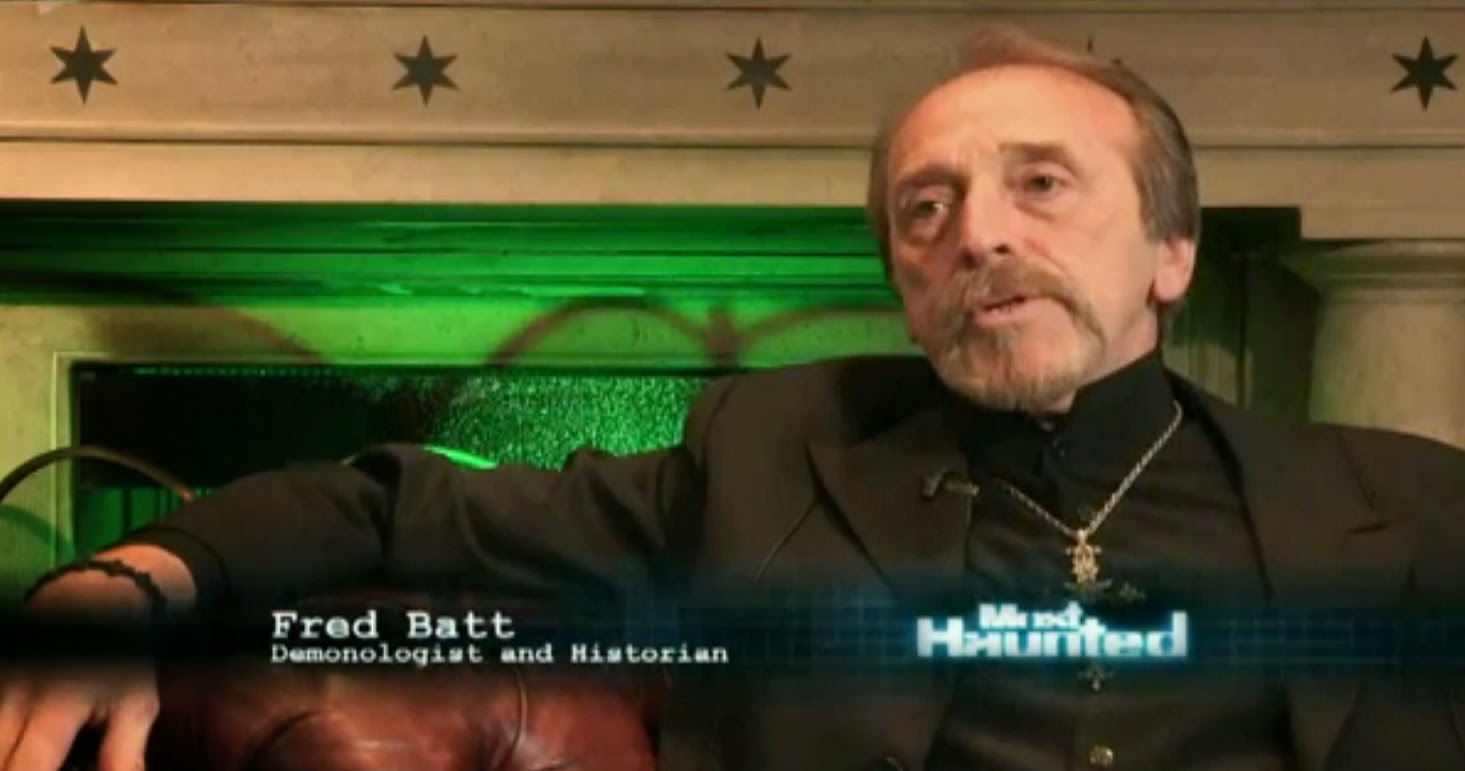 You can tell he pays for everything as he gets way too much air time!

God I miss Richard "Dickie Fingers" Felix, a genuinely nice man, who really is as enthusiastic in real life as he was on Most Haunted, anyway enough remembering of the good old days and the investigation is finally underway.

In Mel Crump watch, Mel has obviously listened to me, and has her hair down, flowing in the wind, every so often brushing against her rosy cheeks, as she skips through the meadow, with song birds singing, and roses blooming, a small bunny appears from behind a small rock, it appears to smile as Melanie Crump skips by, then quickly disappears. 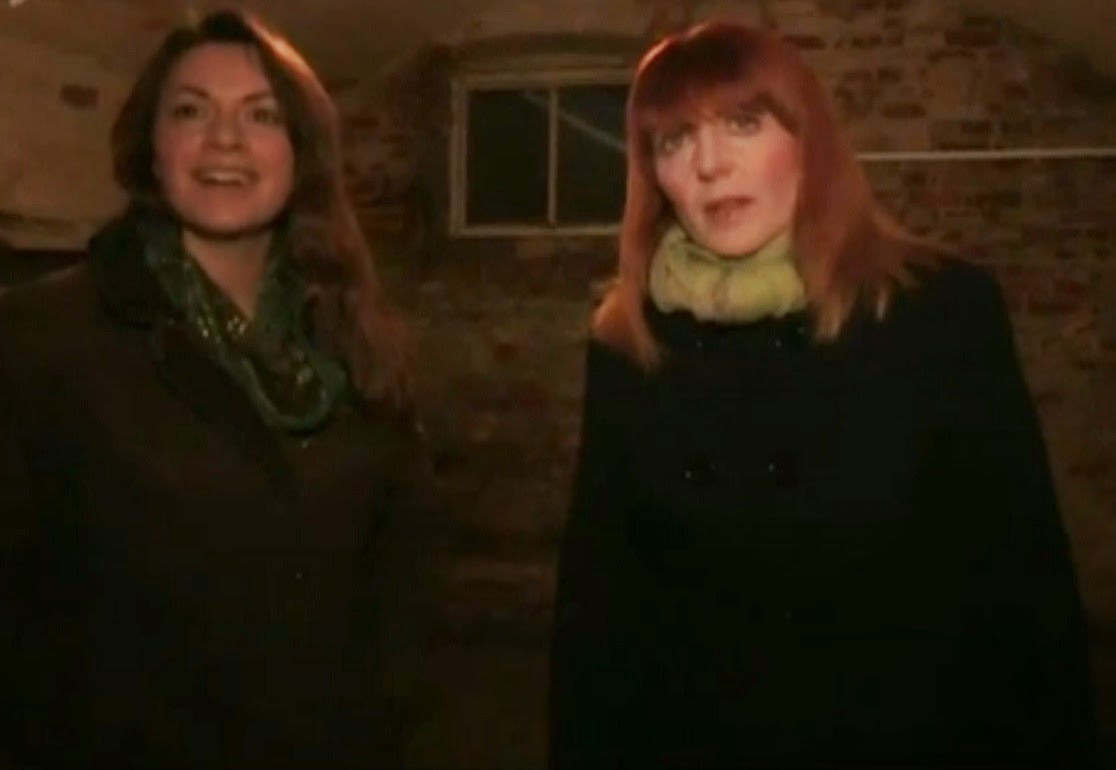 But then the dark clouds appear in the sky, the air turns cold, and a dreadful stench blows through, enough to make even the dirtiest of trolls wretch uncontrollably, its Yvette Fielding with her fringe, and  scarf. And thousands of men watching around the country suddenly lose their erections, and are brought back down to reality.

In other news Karl is wearing a leather jacket with ANTIX branding! 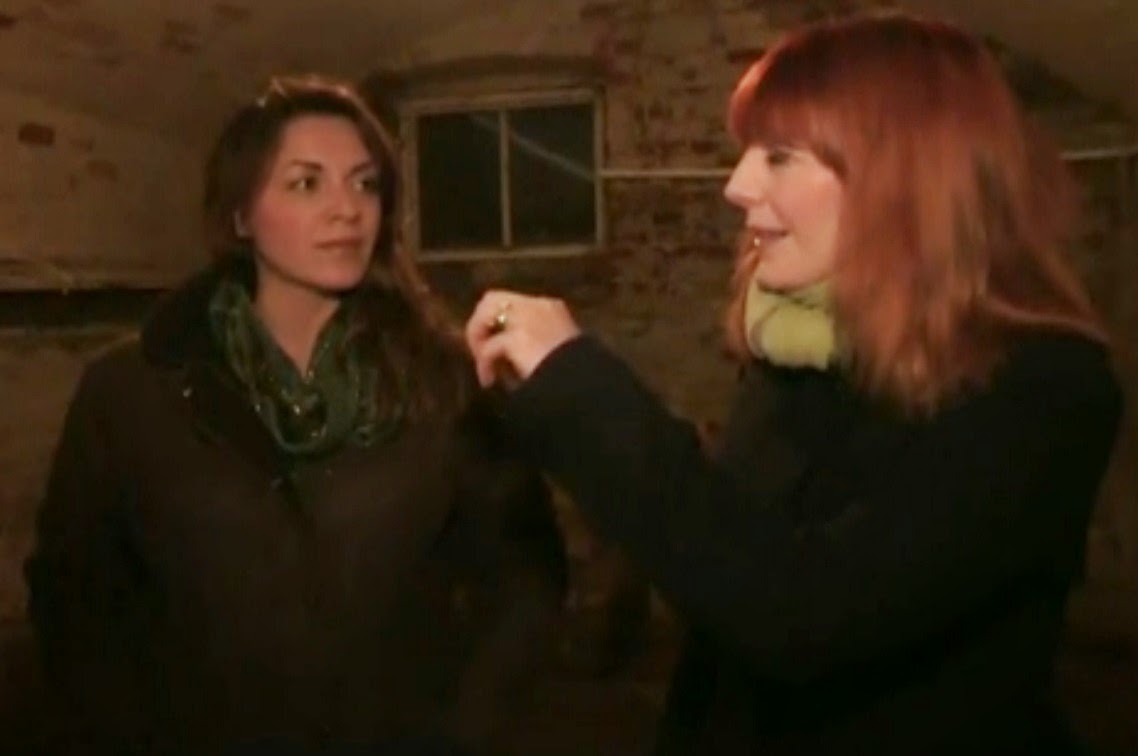 Melanie is looking at Yvette with a look of pure distrust, she has obviously picked up on the jealousy from Yvette in my opinion.

And a stone is thrown and so it begins. 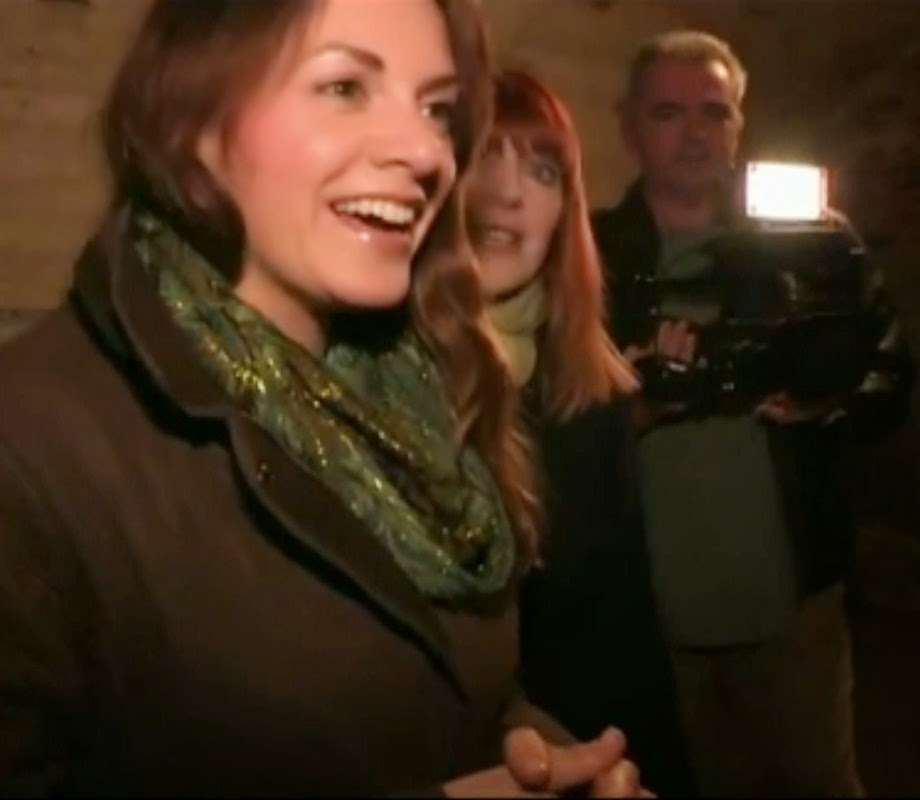 You have Mel Crump glowing, beautiful, a true presence on the screen, behind Yvette Fielding desperately trying to get in the frame and get attention, and lurking in the darkness behind looking creepy, Karl Beattie!

As the crew are "investigating" all 500 of them, noises are heard, knocks, stones thrown and so on. As expected no cameras pick up any activity.

A ghost of a white lady has been seen in the stables, I wonder what the likeliness is of the Most Haunted crew filming this White Lady? I would say 0%.

One way to know that Stuart and Karl are behind all incidents is that when something does happen, instead of instantly trying to film it, they instead point the camera at Yvette for a reaction shot.

Someone has thrown a stone at Stuart, and he claims he brushed his head, How any ghostie could miss his huge round dome is beyond me!

Karl and Stuart have gone off to investigate the cellars on their own! Lets hope they get locked in. Karl has now lost his leather jacket and is sporting a fetching woolly jumper.

I know I have mentioned this before but it is worth mentioning again, Stuarts head is perfectly round! 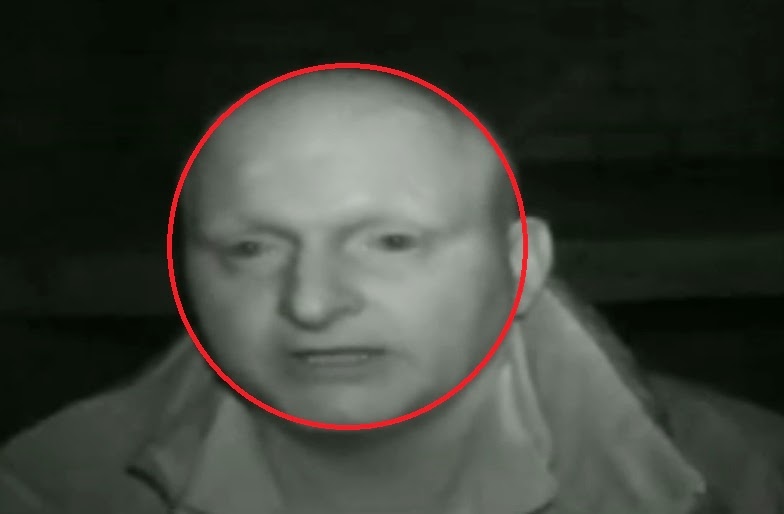 I've just realised that they have been bleeping out any swear words, now because I am watching promo copies of these episodes I do not always know exactly what airs, do they usually bleep stuff out as on previous DVDs there has been no bleeping? Someone let me know.

As expected things start to happen as Stuart and Karl investigate, its very formulaic, and predictable. You could probably fast forward through the whole middle section of this episode featuring Karl and Stuart, as you have seen it a hundred times before.

This show would be so much better if they replaced Stuart with Karl Pilkington, afterall they both have perfectly round heads!

A good ten minutes of the show is wasted on Karl and Stuart, and not in a good way at all, I can see a lot of people channel surfing during the middle of the episode, which is not good news for a show that has lost over 100,000 viewers from episode 1 to 5!

An hour of Mel Crump would set the ratings soaring! so pay attention UKTV!

FINALLY we go back to the girls and Darren, about bloody time.

Here is an image of Yvette looking jealous and doing the wank hand
gesture behind Mels back! 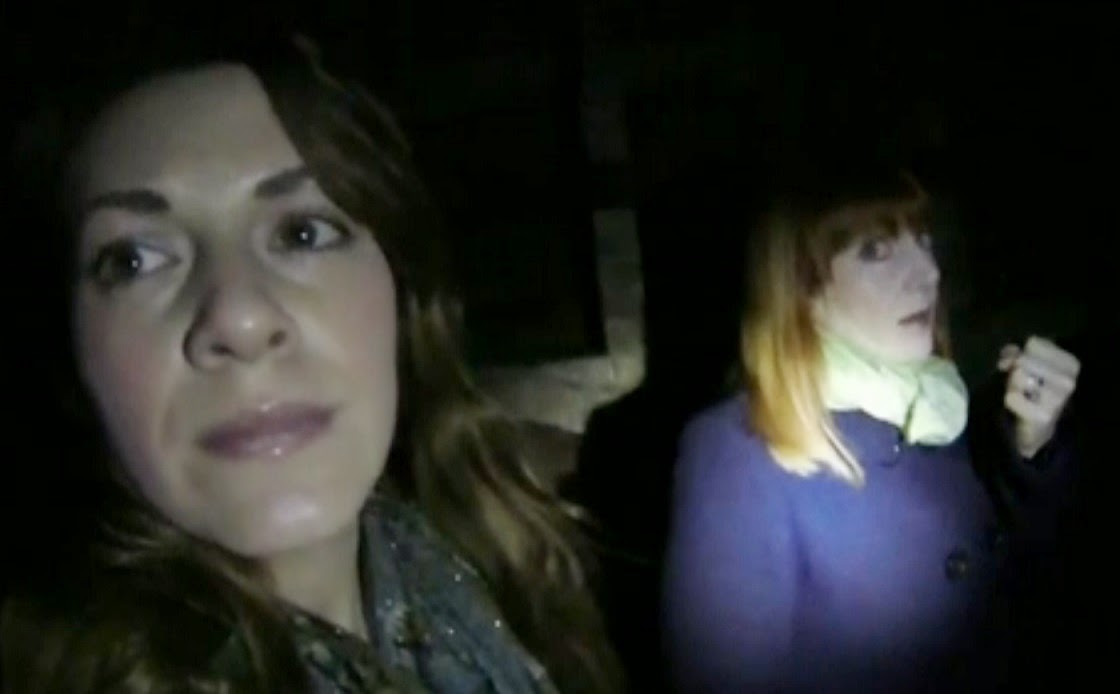 Have you ever noticed how full and perfect Mel Crumps lips are? She could do commercials for lip gloss or lipstick!

Well I hate to say this but this is an incredibly boring episode, I am guessing they will keep any big fakery for episode 10 the second part of this investigation, but I am sure they will lose a hell of a lot of viewers from this episode alone.

You know they are desperate when Yvette starts singing, humming or whistling.

We finish off with Mr Personality John Callow, who is looking more and more like a 1990's Bret Hart by the day.

Only one episode left for me to review and then I can happily forget about Most Haunted forever!

For now that's me signing out!

Most Haunted
UK Premiere
Thursday 16th October, 10pm
S1 E9/10. Saltmarsh Hall, Yorkshire
Yvette Fielding is back with another brand new, creepy ghost hunt and to end the series there’s a special, two-part episode from Saltmarsh Hall in Yorkshire.
Saltmarshe Hall is a mysterious, haunted house of complete contrasts. Beneath the property lies a network of corridors and cellar rooms and the abandoned North Wing has sat empty for over 70 years, apart from the ghosts said to wander the corridors and rooms.
The team uncovers two levels of the house that even the present owners have never ventured and what they find will frighten them beyond belief.
Posted by JD at 10:51

I have watched soo many shows of potential hauntings and I have to say this one is the dullest and most unimaginative peace of crap I ever forced myself to sit through.