Have you ever started something and then half way through you just cant be bother to carry on? Well that is exactly how I feel watching Most Haunted.

I will try and do episodes 6 and 7 for you, but after that no promises, I literally have paint to watch dry which is calling me and will be twice as entertaining!

Anyway onto the episode and we are at The National Emergency Services Museum, Sheffield.

Yvette starts the show with the usual stories of ghosties at the location, funny how in this day and age of smartphones with HD recording we never get any clear video of photos of such thing, well not outside that ghost app on iPhone.

Quick early highlight is the Manager of the location a Matthew Wakefield, who looks about 12 years old and sounds like it too! Poor kid, hope he got paid some money for that. 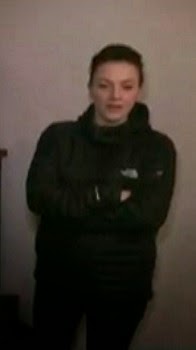 Good to see Mel Crump in the episode, after she was so heavily cut from the last episode I had an awful feeling that she might get completely cut from this one!

Very cleverly they show both Karl and Stuart on camera at the same time while some bangs are heard, but as soon as their feet are shown the knocking stops, after-all we know that those two are behind 99% of what goes on, the other 1% can be put down to the rest of crew!

Real shame they filmed this in the winter, as Mel is completely covered up, she even has her hair tied up! I suspect that Yvette has been demanding certain things and got Karl to make sure Mel dressed down, she doesn't even have any makeup on! Luckily for Mel she still looks great!

Expect to see Mel forced to convert to Islam for the next episode and be wearing a full Burka!

Yvette asks the ghosts for 2 knocks if they are going to hurt anyone, and the knocks sound from an area between Karl and Stuart! What a coincidence!

Fred Batt starts to call out to Kane! A malevolent spirit that lives in the location.
When suddenly this man manifests out of thin air, picks up Fred Batt and tombstones him straight to hell! 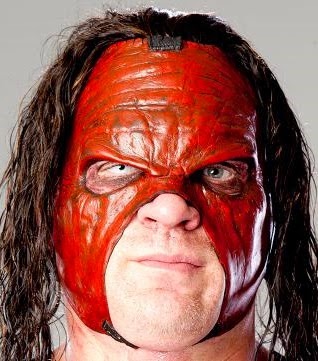 I have just been informed by my Director of Operations Glen Johnson that the above did not really happen, and I imagined it, therefore I would like to apologise.

Ok back to the "investigation", not a great deal is happening other than knocks and Stuart claiming he can hear people retching, and someone touching his back.

We cut to Yvette as she is walking down a hallway shouting out for "Charlie" I am guessing he usual dealer has put the prices up!

DISCLAIMER: Of course in no way would I ever suggest that Yvette Fielding has taken cocaine, there is no evidence of any drug use by her or anyone in her family, the above comment was a lighthearted joke, and should be taken as such.

In what is an obvious throwback to the famous spoon incident on a Live show were Karl threw an antique spoon and then pretended it was a ghost, we have a fork that has been thrown! In the room is Karl, Stuart and a cameraman (Darren), with two of the most honest and trustworthy people in the history of Television. Now Karl may have thrown that spoon in the live show, but that's just one case of him getting caught, its not like he has a history of lying, or has ever pretended to be a Samurai and then been laughed at and attacked by Japanese historians and martial arts experts, so of course no possible suspicion should be placed his way for this particular spoon being thrown and landing right by the side of him.

As they examine the fork, a gold ashtray appears as if by magic in a wardrobe, after hearing another noise, and then every time the camera is facing away, something else is thrown, it seems clear that Karl, Stuart and Fred are having a bit of fun at Darrens expense here. They even make note of a wide camera, but of course they never show that footage! I wonder why! 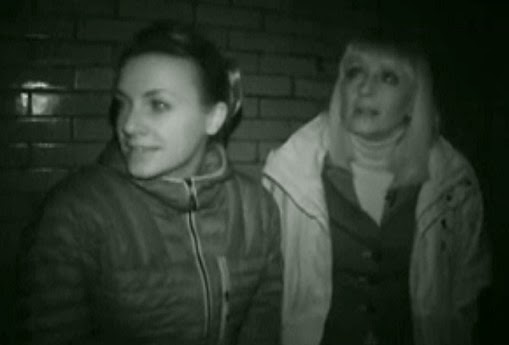 Time for Yvette and Mel, Mel seems genuinely scared, I am guessing she is not in on the scam, which is a good thing in my opinion.

We cut back to the boys and poor Darren is trying his best to explain things and how no one else could possibly have moved the various objects! Remember folks that every employee of Antix have to sign confidentiality contracts which forbids them from revealing what they see behind the scenes or during filming. 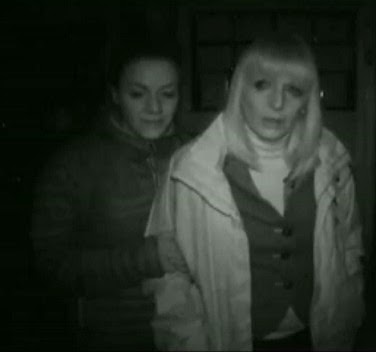 Can I just point out this is another really poor boring episode, its so cliched, so obvious and so blatantly faked, they hardly even making the effort any more.

We are told they have fixed wide angle cameras, yet their footage is never showed, because obviously if it was it would show the likes of Karl and Stuart throwing things, now if only we had some kind of Mole, someone who could get hold of that footage and leak it onto the internet! If only! (Watch this space)

Yet again Yvette asks the ghosties to "make a noise with your voice" always makes me chuckle when she says that!

"IS THAT AN ORB" OMG it's been years since we have had an orb on Most Haunted! No replays of the orb. Shame

Worth noting that Cardigan Karl really have put some weight on, I guess not working for a few years will do that too you! Thank frell for Fred and his bank account to keep this nonsense going.

It's hard to actually comment on anything as it is so repetitive, knocking, the odd thing thrown, but never directly on camera.

Just as a loud noise is heard, the camera goes dead! Just like a movie lol! Then one of the cameramen decides his had enough and decides to go home, think he got pissed off with people throwing things and playing silly games!

Mel Crump talks about her cold legs, I wonder if she would like me to warm them up for her.

The fork or a lightbulb (I think) is thrown again, and despite having about 7 people in a room, all with cameras, not one of them captures it on film, lots of screaming, and then analysis of nothing, Yvette hears a moan (probably the entire audience all at the same time)

And that is the end of the show, we get a quick recap from Dr John Callow, as usual he speaks sense, but just reads from a script sadly.

Another really poor episode and one that is instantly forgettable.

Please don't make me do this again!

This week, Yvette Fielding and her intrepid team of ghost hunters encounter a terrifying place full of history and paranormal activity. The team are tested as the try to find the spirits that refuse to leave the famous location of The National Emergency Services Museum in Sheffield. While all the crew are tested to the extreme, for one crew member the experience proves too much.
Posted by JD at 17:13