Setting the record Straight!
Before we start, please read my article on Merseyside Skeptics to fully understand what this article is all about. 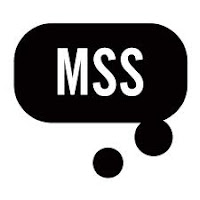 The following is a reply to an article posted at www.thetwentyfirstfloor.com
(Note: The 21st Floor have now amended their article due to some of my criticisms. Please read the comments section of their site for further debate about me and the original article)

This is the first time I can recall hearing if this site, so I do not know who is behind it, or whether or not they are a respected site. Please do click the link and read their article attacking me first. As I have only partially quoted them in my response below.

This is my direct reply to them, which I have also left as a comment on their article.
--------

I will ignore the multiple typos they make as I am just as guilty sometimes, although I always try to proof read after I have written something.

You have made quite a few misrepresentations of me here, and the fact you do NOT link to the original article means that your readers are not in possession of all of the facts. Misleading much?

Right then where to start:

"Donnis bemoans the current state of UK skepticism and how the skeptical landscape has changed since he was “heavily involved” in UK skepticism with the bad psychics website. Ironically Donnis quotes “Former UK skeptics kingpin” John Jackson"

Why is it ironic that I quoted John Jackson?
I enjoyed his work, he worked hard and provided a great resource of information and education. I do not recall him ever promoting himself before that of what he was doing.

I don't always get on with him and we disagree on many things, but I enjoyed his comment regarding the MSS, which is why I quoted him.

"Which seems a little rich since given the nature of Donnis “heavily involvement with UK skepticism”."

Again I will ignore the typos, but why is it a little rich? Again that was John Jacksons comment not mine.

"Before addressing the sunstance of Donnis argument, that seems buried beneath layers of infective targeted against those more relevant than himself, It might be worth addressing Donnis negative view of UK skeptical societies that Donnis declares to be “a couple of blokes with a blog”."

Donnis declares? Did I? Where? John Jackson said that, not me.
Whether I agree with him or not is a secondary question which has not been asked of me.

As for people being more relevant than me or not. I have NEVER been in skepticism to be relevant or a name. I have turned down TV appearances, Book deals, Skeptics in the Pub lectures, Radio interviews and much more.

I retired from public skepticism 2 years ago and only recently restarted my website in a streamlined manner.

I have no interest in fame or being known. And I never have. For me it is about the message, the education, not whether I am relevant or the most popular. I am not at school you know.

"There is an every growing number of Skeptics in the Pub groups in the UK running regular events for skeptics in all corners of Britain."

Yes I know, I am the founder of Birmingham Skeptics!
Not sure of your point in this. I DO have a problem with some of the people who do the SitP circuit as it is all about them, their new book and promoting something else, as opposed to education. But my issues there I take up directly with the organisers if I so choose.

"Edinburgh skeptics, for one, would probably object to being called a “couple of blokes with a blog”"

Again you are talking about something John Jackson said, in a general manner, and not to any group specifically.

I happen to like Edinburgh Skeptics, and find it interesting you are deliberately misrepresenting my position here.

Perhaps in an effort to encourage them to attack me?

"It is for these activities that Donnis takes Merseyside to task accusing them of engaging less in skepticism and more in self promotion."

I have NO problem with the 10:23 campaign, and I supported it at the time. Again strange you keep misrepresenting me!

I DO take them to task for their publicity stunts, like the one with Sally Morgan Challenge last year.

"In the case of 10.23 Donnis criticisms are misguided."

I Haven't criticised this campaign! I supported it!

"Donnis criticism is ultimately unfair and largely overstated and, in my personal opinion, more about him than anyone his ire is directed at."

Everyone is allowed an opinion, but I find it sad that you deliberately misrepresent me and my opinions, you fail to link to the article you are unfairly attacking, and your hackjob on me is very interesting, let me guess I have probably criticised you in the past for something you have said and this is your little revenge trip.

I have no problem with people criticising me, but if you are going to do it at least have the common courtesy to not misrepresent me, read what I have write properly, and fully understand what I have done and said in the past. Otherwise you come across as small and jealous.