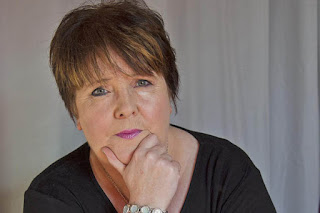 I recently emailed Christine with regards to her website and her claims of having 'Joe Two Trees' as her 'Spirit Guide'.

You will recall that she said that Joe was 'Last of the Alonquin', which is in fact the title of a book by Theodore L. Kazimiroff, (well, the actual title is 'The Last Algonquin') not his true background, Joe Two trees was a member of the Weckquaesgek band of the Algonquin people, in the Turtle Clan, NOT 'the last Alonquin'.


I received the following email back:

"Well what a lot of anger"

I wouldn't say 'anger', more a 'sick to the back teeth of Psychics claiming to have Native Americans for Spirit Guides'Quote:

Two services which you offered on your website. If you were not using his name to 'make yourself more spiritually credible', why use it?You were "told by a Medium" that he was your guide? Hang on, YOU'RE a Medium, you mean you don't know for sure? I find that rather curious to say the least....Her email continued:Quote:

"you accuse me of using people when you are treating me this way HOW DARE YOU !!!!!"

I'm not sure I understand the connection between 'you' and 'me'. You have been using the name of a dead person to sell your readings, how have I used you exactly? I write for free...... Lots of exclamation marks there, although I much prefer the 'How very dare you', it doesn't require any.Quote:

I see.... So because you do 'unpaid' work, that absolves you from any paid work you do? I don't understand the logic behind that one. By the way, I think you'll find you have one too many 'Ye' knocking around. 'Judge ye not' would imply I was judging myself, I'm not. Next time, try "Judge not, that ye not be judged", that works better. Just a thought....Quote:

"And how the hell do you know he could not be my guide the first nations people are very spiritual why would he not offer his help from the spiritworld ?"

I found the give-away was the fact that 'Joe' described himself to you as the title of a book written about his life. Why would he not offer his help? I have no idea, but I prefer the question "Why the hell would he?"Quote:

Good, thank you. Although, and I realise this is going to sound a bit 'damned if you do, damned if you don't', but.... does this mean he is no longer your guide? Or he's still your guide, you just don't talk about it? It doesn't really show a lot of conviction does it? Surely if you are in contact with him 'from the other side', you could provide proof (other than what was written in Kazimiroff's book) to the Algonquin people? Proof that you are in touch with one of their departed? If you could, how could that hurt them?Quote:

Well there's nothing like dropping your ex Sister-in-Law in it is there? Yes, I notice that Jackie claims to have "Red Cloud" as her 'guide':Quote:


"from the Takelma Tribe, part of the Rogue River Indians"

I find this no less offensive than using 'Joe Two Trees', Although I can find no reference to a 'Red Cloud' being from the Takelma Tribe. Jackie seems to have taken the wise decision to make a name up, rather than use a real persons. You see, when you use a real person, their history is check-able, and when that history is different to 'your' story, it tends to let the cat out of the bag.....On a side note, I notice Jackie also uses a guide from 1856 called 'Jeremkya' who appears to be unique in the fact that he was the only person in the History of the World ever to be called 'Jeremkya'.......Anyway...back to the email....Quote:

"or maybe you could go on every mediums site and dispute their Indian guide instead of picking on someone who really does give a shit about people and does much work helping people without any kind of payment ...."

Am I supposed to be impressed with this 'work without payment' thing as you appear to have mentioned it again. There are hundreds of thousands of people around the World who dedicate their lives to causes 'without payment'. Admittedly though, the vast majority don't counter that good work by charging to 'speak to dead people'.Quote:

"DO NOT CONTACT ME AGAIN I DID NOT ASK FOR YOUR OPINION NOR DO I WANT IT ...."

I was just in the process of not contacting her again when another email arrived....Quote:


"Tell you what ....you take me to court and prove that i dont have joe two trees as a guide and that i am a bad psychic ....then maybe we can sort this out..
christine"

Christine seems to be unaware of the rules of evidence. You cannot prove a negative. Christine also seems to be unaware that with the new Legislation in April, I don't have to prove anything as it's not myself making the fantastic claims, SHE does.As you will have gathered, Christine has changed her website and removed any reference to Joe Two Trees, Loni (her 'Oriental Guide'), personal readings, psychic sketches and workshops. Instead, she appears to be happy to be on BadPsychics.Quote:

"WELL WELL WHAT DO YOU KNOW ....I AM ON THE BADPSYCHICS SITE UP THERE WITH ALL THE REST OF THEM..THE FAMOUS.. COLIN FRY/ DEREK ACORAH/ DAVID WELLS/ JOHN EDWARDS/ LISA WILLIAMS /DORIS STOKES/ JAMES VAN PRAGH/ DORIS COLLINS/ TONY STOCKWELL / I AM UP THERE WITH THE BEST ..RECOGNITION AT LAST !!!!.......FAME AT LAST !!!!! THANKS FOR PUTTING ME ON THIS SITE I AM UP THERE WITH THE BEST NOW ITS PUBLICITY I COULD NOT BUY AND YOU MEERCAT GAVE IT ME FOR FREE THANKS..IF I CAN RETURN THE FAVOUR DO LET ME KNOW"

It never ceases to amaze me when these 'Psychics' seem to think that being on BP is a good thing..... "up there with the best"..Oh dear... Free publicity? Well I suppose that's a good thing if you think people reading about how you took the title of a book and pretended it was your 'Spirit Guide' is 'good'. "Return the favour"? Don't you think an apology to the Algonquin People would be more fitting than offering to 'do me favours'?Quote:

"QUESTION ? WHY ARE ALL SKEPTICS SO AGGRESIVE ??"

I can't answer for 'all' sceptics. I'm aggressive because that's just the way I am, but I'm honest about it. I'd rather be like that than profess 'Love and Light' and be hypocritical.Christine has changed her site again, whilst I was writing this. She has removed my favourite bit now:Quote:


"I HAVE RECIEVED A EMAIL FROM A DAVID ANDERSON OR AS HE LIKES TO CALL HIMSELF MEERCAT ..THE MIND BOGGLES AS TO WHY"

"HE IS VERY RUDE IN HIS EMAIL SUGGESTING THAT ANY MEDIUM WHO HAS A SPIRIT GUIDE THAT CAN BE PROVED WAS ONCE A REAL PERSON IS A FRAUD !!!"

Do I have to go over this again? I said nothing of the sort. You have used a book title, a book written about a person which incorrectly states Joe Two Trees was "The last Algonquin", that was a descriptive title of a book, not fact. But you used this 'fact' about your 'guide', which tells me you have no information about him other than what you've read, NOT because you are 'communicating' with him.Quote:

"WELL I SUGGEST WE ALL JUST PACK IT IN THEN..AS EVERY SPIRIT GUIDE OR SPIRIT BEING WAS ONCE A REAL PERSON AND ALIVE .... "

Every Guide? Is this a good point to mention a certain 'Sam'? The 2000 year old Ethiopian who should be fluent in the ancient Semitic language of Ethiopia, Ge'ez, but apparently can only manage 'scouse'?....Quote:

I thought I already had? Joe Two Trees was NOT the last of the Alonquin Tribe, don't you think that's a little odd, I mean, me knowing that, and YOU being the one talking to him?Quote:

HE HAS THREATENED ME WITH THE NEW GOVERMENT ACT COMING IN APRIL.. THERE IS A WITCH HUNT OUT THERE IF YOU ARE A MEDIUM OR HOLISTIC PRACTISIONER I SUGGEST YOU BE VERY CAREFUL AS THERE ARE ALOT OF PEOPLE LIKE MR ANDERSON WHO ARE OUT TO GET YOU..

She removed this bit as well:Quote:


I CAN SMELL THE FIRES NOW AND HEAR THE SCREAMS OF INNOCENT PEOPLE BURNT AS WITCHES AT THE STAKE....

Now, it's been a while since I talked to Trading Standards, but when I called my local office and asked if they are planning on burning people at the stake in April, they hung up. Read into that as you will... I did check the new Legislation again though and all I can find is:Quote:

"will be enforced by both civil (injunctive) action and criminal sanctions"

No mention of 'stakes' or 'burning' that I could see. Panic over.Yes, you're quite correct, there ARE a lot of people out there like myself, people who are tired of others preying on the vulnerable and gullible to make money. Tired of people making money under the guise of 'helping people'. Tired of people abusing the names of the dead for their own gain. Tired of a new 'woo method' appearing every other week, "Using the spiritual power of carpet fluff to cleanse your Chakras", "Vortex Healing" or "Anti-Vortex Healing" for those who are Vortex Intolerant, and "Double Choc-Chip Unicorn Communication" for those who wish to talk to the dead about dieting. I'm tired of it. Very.Meercat
Posted by JD at 15:30