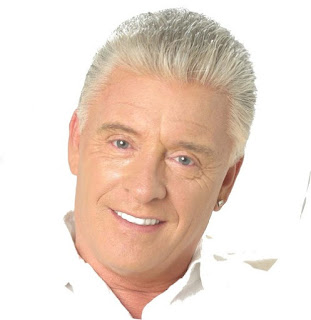 Basically myself and my wife were Most Haunted Fans....although we were sceptical of Derek we nevertheless were open minded.

My wife's father died of cancer about 18 months ago and things have been happening in the house ... doors opening , lights being turned on at night but the most startling thing was while my wife was painting some radiators, with aerosol spray in the bedroom she ran out of spray. So I dashed out and told her to wear a mask which unfortunately was up in the loft from where I'd done some loft boarding. She decided not too out of laziness ... about an hour later I returned and she was in a state.

Apparently there was a crash in the hallway and when she checked the loft hatch it had opened itself and the ladder had been pulled down ... but no one else was in the house and you have to twist the lock with a pole and then actually pull the ladder down with the pole...
We saw that as a sign from her deceased father...

Anyway we found out Derek was coming to Oxford and bought tickets ......and then I made the mistake of e-mailing Derek's website telling him exactly what had gone on in our house ....so he had my name , my wife name and some specific incidents to call upon.

However I did not tell him the name of wifes father or my wife's maiden name. We thought he might want to come round as he was in Oxford and check out if we were imagining things or indeed if there was genuinley any activity, but he never contacted us... Instead we got an automated response from his website saying he can't reply to individual requests due to workload, etc, etc.

The night of the show came and the second person he called out was me....so initially I was quite suprised.

Then he said he had a Mr Towers with him....( my father is still alive and I didn't know my gradfather so I was curious as to who it could be ) ..so I asked him and he couldn't get it ...but then he said is my wife with me.....told me her name was dee and then said he had her father with him.

Then he used word for word the exact same information I had sent his website weeks before ......by now we had rumbled him so we asked the name of this chap and his surname ...what he looked like etc and he couldn't ...then he went off on a tangent...

The next day I e-mailed him again and told him what we thought ..we were furious at being used to fill his pockets...instead we got an email from his wife Gwen denying that he uses e-mails and that he never actually gets to see them anyway because she deletes them.

She said I should send the e-mail in to her again and she would compare it to the tape of the show ( apparently they record every nights show ) .....also that if I thought Derek was a fake that she would arrange a private reading to convince us, so we did that but we never heard anything after that.

Im afraid Derek is a fraud in our eyes from personal experience and he should be exposed ...he's earning a lot of money from telling lies and ripping people off.